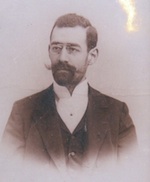 The College was founded in 1956 through the initiative and vision of Rabbi Dr Werner Van der Zyl, a refugee from Nazi Germany who came to the United Kingdom in 1938. He sought to model in the UK a centre of Jewish scholarship similar to the famous Berlin Hoschshule, shut down by the Nazis in 1942, where he had studied. Van der Zyl’s original intention was to call his new institution the Jewish Theological College, but when Rabbi Dr Leo Baeck, of whom van der Zyl was a devoted disciple, died shortly afterwards the College was named in his honour.

In 1964 the College became jointly sponsored by the Reform Synagogues of Great Britain(RSGB) (now the Movement for Reform Judaism) and the Union of Liberal and Progressive Synagogues (ULPS) ( now Liberal Judaism). In 1967 a decision in principle was made to accept women candidates to the Rabbinic programme and the first woman Rabbi graduated in 1975. In 1985 Rabbi Professor Jonathan Magonet became the first full-time Principal.

Rabbi Professor Marc Saperstein was appointed as Principal in 2006 and the combined new College adopted the name Leo Baeck College. Rabbi Professor Saperstein completed his term of office in July 2011 and continues to teach at the College as Professor of Jewish History and Homiletics.

In September 2011 Rabbi Dr Deborah Kahn-Harris became Principal of the College. The College continues to be sponsored by The Movement for Reform Judaism and Liberal Judaism.

Only a few people are aware that the name of the College and that of Leo Baeck, now inseparably intertwined, were not originally linked.

The College started its existence under a different title, being launched in September 1956 as the Jewish Theological College. This was in part a descriptive title, and in part a tribute to the Breslau Theological College, which, along with the Berlin Hochschule, had been destroyed during the war, and to both of which the new College saw itself as the successor, attempting to rekindle the light of Jewish learning in Europe.

Two months later, Leo Baeck died and the College was renamed after him. He had become a legend in his own lifetime – for his immense scholarship (evident in both his lectures and his literary output), his pastoral care, the influence he had on a whole generation of rabbis, the spiritual resistance he had displayed against the Nazis, and his unflagging energy and sage advice after the war in restoring a shattered Jewry. As a symbol of both Progressive Judaism and Jewish survival, Baeck was the ideal role model for a new rabbinic college.

The need for such an institution had long been felt, and was one of the original Aims and Objects drawn up in 1946 by British Reform congregations shortly after they had banded together to form an association. Until then there was no institution for training Reform rabbis in England and all ministers had either received their training in the United States or had been graduates of the Orthodox Jews’ College who had later switched allegiance and served Reform synagogues.

The College was housed at West London Synagogue and opened its doors with two students – Lionel Blue and Michael Leigh, both of whom were to carve out distinguished careers – and they were joined later by Henry Brandt, Michael Goulston and Dow Marmur.

There was an impressive list of lecturers – all of whom had been refugees. Rabbi Werner van der Zyl was not only the prime mover of the College, but went on to guide its progress for the next ten years as director and be responsible for much of its success. He also helped secure the support of the Union of Liberal and Progressive Synagogues (ULPS), and from 1964 onwards the College was jointly sponsored by both movements, with its graduates serving Reform and Liberal congregations and later also Masorti ones.

Van der Zyl’s work was furthered by many others, including Rabbis Hugo Gryn and John Rayner who jointly supervised the College’s affairs after his retirement. In 1972 Rabbi Dr Albert Friedlander became Director and during his tenure the student body grew in size.

Female students had been admitted from the College’s inception, although none had graduated as rabbis until Jacqueline Tabick in 1975. (‘I Never Really Wanted To Be First’ in Hear Our Voice, Sybil Sheridan (ed.), SCM Press, Norwich, 1994.) The need for larger premises became increasingly apparent and eventually resulted in the College’s move in 1981 to the Manor House (later known as the Sternberg Centre) in North Finchley, along with other institutions within the Progressive movement. This in turn led to a major growth in its activities, especially its Extra-Mural Department, which provided a wide range of day time and evening activities for the wider public. Its Teachers Training Department also expanded and eventually formed a separate Education Department that served both the Reform and Liberal movements, later being known as the Centre for Jewish Education (CJE).

A significant element of this was the College library, founded at its inception but which had grown greatly under the 18 year stewardship of Hyam Maccoby (1976-94), and is currently headed by Annette Boeckler. At present it boasts 60,000 books, including many rare editions. The donation of books from the former Hochschule Library to the College library was recognition of the College’s role in continuing its tradition of liberal scholarship and effectively being its direct descendant.

A major re-organisation occurred in 2001 when, thanks to special funding provided by the United Jewish Israel Appeal Renewal Programme, the College amalgamated with CJE to form the Leo Baeck College-Centre for Jewish Education so as better to co-ordinate Progressive educational work in Britain. Rabbi Dr. Michael Shire, previously Director of the CJE, became Vice-Principal of LBC-CJE. Rabbi Professor Jonathan Magonet retired in 2005 after 20 years as Principal, having combined his academic role with that of being an international ambassador for the College.

The reach of the College was extended greatly following the collapse of the Soviet Union, after which it began training rabbinic students from Eastern Europe. The arrival in 1991 of the first of several students from Russia and the former Soviet Union to train for the rabbinate symbolised both the massive changes in the Jewish life of Eastern Europe and the pioneering role the College was playing. Its world-wide influence is second only to the rabbinic seminaries in the United States. The 77 students enrolled at the College in 2005 for rabbinic and academic courses include those from Canada, the Former Soviet Union, France, Germany, Holland, Hungary, Ireland, Israel, Korea, Switzerland and the United States, providing a rich mix of cultures and Jewish expressions.

By its Jubilee year the College produced 150 rabbinic graduates, hundreds of Religion School teachers, provided the vast majority of all Reform and Liberal ministers in Britain and supplied the rabbinic needs of most European Progressive communities, as well as Australia and South Africa.

Rabbi Dr Jonathan Romain MBE, who was ordained at Leo Baeck College in 1980, is minister of Maidenhead Synagogue (England). His publications include The Jews of England, (Jewish Chronicle Publications) and Faith and Practice : A Guide to Reform Judaism Today (RSGB). His most recent book, Reform Judaism and Modernity (SCM Press) is a comprehensive survey of Reform theology.