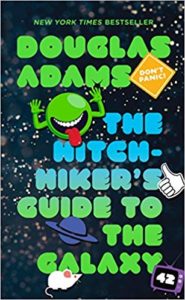 How many people are reading this?

As I sat down to write this dvar torah, I listened to a podcast about this week’s Torah portion by a Jewish leader from the American Reform Movement who was going through a huge list of figures about the Jewish community. What percentage of people think one thing, how many people think another; how many reform Jews in Israel, how many in Jewish youth camps in America. Then I skip over into Spotify, consider listening to a new band I have recently discovered, and the first thing the app on my phone shows me is how many times their various songs have been played. The numbers are in the low thousands, which means they are relatively unheard of. I think back to the beginning of 2017, and the ferocious debate backwards and forwards about the number of people who turned out to watch Donald Trump inaugurated as President of the United States. But why should any of this matter? Every band starts off with just the one listener, and every mass movement with just a handful of followers.

Last week across Europe, millions of people participated in elections to elect members to the European Parliament. In the UK, many saw it as an opportunity to give their verdict on Brexit, and beforehand the expectation from some quarters was that the numbers might be conclusive one way or the other. But, as we know, it is never that simple. As one congregant in Glasgow joked to me on Shabbat, 9 out of 10 statistics are wrong! It’s a joke, but it’s also true. Because, although the raw numbers will tell you who voted for whom, they won’t tell you why, and they certainly won’t tell you what it tells us about wider attitudes in society. That is up to us to interpret. And that interpretation will almost always come with an agenda.

The numbers don’t tell us the story behind them. This is the lesson that we learn, perhaps, from the book of Numbers, a text that is bracketed by two censuses of the Israelites. In the first few chapters we learn how many Reubenites (46,500), and how many Shimonites (59,300). But we don’t learn about any of their individual stories, or any of their individual struggles. That is the challenge that our communities continue to face. On the one hand, we (rightly) seek new members and growing numbers attending our services and programmes. We are so obsessed with numbers – even as communal organizations supposedly committed to relationship-building. We think about how many people read our emails, how many people follow the synagogue Twitter account, or how many people come to our study sessions. I often tire of saying ‘It’s the quality, not the quantity, that counts.’ But it is equally important to know, in a deep way, those who are part of our community.

In A Hitchhiker’s Guide to the Galaxy by Douglas Adams, the people of a far off planet build a computer to tell them the answer to the meaning of the universe. The answer it gives is 42. But the people who have discovered this answer realize that they still needed to work out the question. The construction of planet Earth, and the endless plethora of intelligent life it contains, is the only way in which they can find it out. Rather than being the answer, the people in our communities are the question – which it often takes a lifetime to fathom. Each person who appears before us presents their own questions and challenges, just by their very existence. And each person contains their own world – as our tradition tells us, saving a single life is the same as saving the entire universe (Mishnah Sanhedrin 4.5).

So, maybe I’m not that concerned with how many people are reading this. To be honest, I am happy for anyone to be reading it. I have been thinking a lot this week about when children’s author, Judith Kerr, was asked how she would like to be remembered. She responded: ‘I don’t know. It would be nice to be remembered at all.’ Just by looking up from the numbers and encountering each other, we start to bring meaning to the cold numbers of the world.