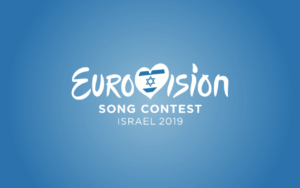 In 2009 Noa and Mira Awad represented Israel at the 2009 Eurovision Song Contest with a song called “There Must Be Another Way”. [1] Noa, a Jewish-Israeli and Awad, who identifies herself as both Palestinian and Israeli, performed it together to emphasise hope and understanding through common humanity. At the same time, the song’s lyrics reflected deep frustration with the current state and the hope that there must be another way to achieve piece. The song was performed in three languages – Hebrew, Arabic and English.

The Hebrew lyrics’ translation is the following[2]:

Say all that my heart desires

A long way, a very difficult way, hand in hand

And the tears fall, pour in vain

A pain with no name

Only for the next day to come

There Must Be Another Way

The Arabic part of the song’s lyrics has the following meaning:

A day will come, and all fear will disappear

In your eyes a determination

That there is a possibility

To carry on the way

As long as it may take

For there is no single address for sorrow

I call out to the horizons

To the stubborn heavens

There Must Be Another Way

In my view, the most powerful detail about this song is that Mira Awad – an Arab singer – sings in Hebrew and Noa – an Israeli – sings in Arabic. Each them made an effort to make a step towards each other and learned each other’s languages. The message of this song for me is that the piece is not just about one’s wish, but a hard work and effort to understand each other’s language, culture, position. Mutual respect and the long-term collaboration between Mira Awad and Noa lead to a beautiful message for all of us. At the same time, they were criticised for taking part in the contest. Some people took a stance that the song might be used as a ‘fig leaf’ to cover up the Israeli government’s actions. Mira Awad responded to this saying that the government didn’t choose to send her to Eurovision and that they agreed because of their eight-year collaboration before the Eurovision.[3] Although the song did not perform well at the contest, it remained my personal favourite Israeli Eurovision song because of its symbolism and message of hope.

This year the Eurovision Contest took place in Israel. The topic of Israeli-Palestinian conflict has been discussed a lot before and there were two incidents at the contest. Eurovision’s special guest star, Madonna, used her performance to make a political statement. At the end of her song ‘Future’ two of her dancers turned their back. One had a Palestinian flag pinned to their back, while the other had an Israeli flag. Two dancers were holding hands in a gesture of coexistence. The chorus of the song accompanied the statement:

Not everyone is coming to the future

Not everyone is learning from the past

Not everyone can come into the future

Not everyone that’s here is gonna last

The second incident happened shortly after Madonna’s performance. Icelandic contestants waved Palestinian scarves to the cameras as their results rolled in. Both incidents were not planned by the Eurovision organisers. Both statements were made against the rules. Was it worth it? Did it have an worthwhile impact? I will leave these questions unanswered as only time can show their impact. However, in my view, it raised a set of important questions. The act of breaking the rules often has a negative connotation in our society today. Disobedience is seen as an evil force, which should be punished. Can peace be achieved by breaking the rules? Is a strong message of reproof and criticism enough to achieve a desired result?

This week’s Torah portion is popularly known as the Tochechah, the reproof. This name reflects the structure of the Parashah, wherein thirty verses consist of reproof or curses and just thirteen verses of blessings. The number of curses for disobeying the Law is more than double of the number of blessings which Torah promises for obeying it. At the first glance, this structure makes an emphasis on the curses more than blessings. However, the Talmudic sages established a principle whereby the measure of Divine Goodness outweighs that of Divine retribution: the Babylonian Talmud has the following analogy in Tractate Yoma 76a [4]:

It means that however many curses we have in the list, blessings are more important for our tradition. It is natural to be honest and critical to those we love and want them to become better. However, the lessons of our tradition teach us that it’s even more important to offer a positive solution and the reward for it will be greater. Perhaps, we could take a lesson from this week’s Parashah and say that although we recognise that there may be many ‘curses’ in modern Israeli society today, we still can have a hope in its ‘blessings’. Perhaps, we could still have hope, although our eyes are sometimes full of tears. Perhaps, we need to remember that one blessing is more important that many curses. Perhaps, there is a way to express many reproofs towards modern Israeli society, but still believe that there must be another way…

[1] To listen to the song https://www.youtube.com/watch?v=RN8B1xvCxI0

[4] Translation of Talmudic passage is from the Koren Noé Talmud edition, with commentary by Rabbi Adin Even-Israel Steinsaltz