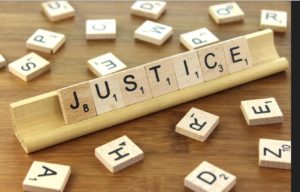 This week’s portion, Behar, contains a visionary, if perhaps not entirely practical, concept of returning the land held by someone to its original owner after the passage of fifty years; slaves and prisoners would be freed, and debts would be forgiven. The intention seems to be (to use modern terms) to prevent the economic polarization of society into two classes, wealthy landowners on the one hand, and poor, landless people on the other, with no possibility of the situation ever reversing. This was an agrarian society, and without some amelioration, a farmer who had to sell his land to pay his debts could not hope ever to escape the status of a servant on someone else’s land. This system is fascinating, in part because it responds to an issue that is as alive for us today as it was in biblical times, the uncontrolled growth of permanent wealth and inescapable poverty, which the Torah clearly sees as an undesirable outcome of the free economic consequences of the free ownership of land.

The Etz Chayim Torah and Commentary comments that the Torah emphasizes that these agricultural laws were promulgated at Mount Sinai, because at Sinai no one owned any land yet, and so no one could object that the law deprived people of what they had worked to acquire; they hadn’t yet done that. It is easier to propose a visionary system of equality when all start out equal, as in in a sense they were at Sinai.

There is a striking similarity here with a concept associated with the influential philosopher John Rawls. Rawls acknowledged that it was difficult to create rules to govern a society without the influence of personal interest. If the framers of a legal system belong to a particular class or ethnic background, they are likely to frame the laws in such a way as to maximise the interests of themselves or people like themselves. Rawls responded to this issue with an idea called the “veil of ignorance.” The version Rawls proposed in 1971 in his “original position” political philosophy is based upon the following thought experiment: people making political decisions should imagine that they know nothing about the particular talents, abilities, tastes, social class, and positions they will have within a social order. When such parties are selecting the principles for distribution of rights, positions, and resources in the society in which they will live, this “veil of ignorance” prevents them from knowing who will receive a given distribution of rights, positions, and resources in that society. For example, for a proposed society in which 50% of the population is kept in slavery, it follows that on entering the new society there is a 50% likelihood that the participant would be a slave. The idea is that parties subject to the veil of ignorance will make choices based upon moral considerations, since they will not be able to make choices based on their own self- or class-interest. In other words, if you don’t know what position you will have in the society whose laws you are creating, your best bet is to create an equitable system that won’t disadvantage you no matter who you turn out to be when the veil of ignorance is lifted. It is a thought experiment; such a thing can’t exist in real life. But the rules that arise out of this formulation would be persuasive, since everyone would know that their interests had not been ignored.

It may be that the system proposed in our portion is also a kind of thought experiment. Since all the tribes were equal at Sinai, and no one had worked the land to succeed or fail in their agricultural pursuits, they could agree to this, knowing that whether they were lucky or unlucky in working their land once they had it, they would not forever be condemned by the outcome. The chance that they might be successful but lose out after the Jubilee would be balanced by the realization that they would not suffer unduly if they were unsuccessful.

This is not precisely the veil of ignorance proposed by Rawls – all the tribes knew something of their ultimate identities – but it does suggest an awareness of both the divine organization of the economic framework they were about to be part of, and the role of the unforeseen in the real working out of their lives. The role of luck accepted for individuals – they might do well or badly for unforeseen reasons – but it is downplayed in the way the text denies the possibility of the risk of a bad crop in the wrong years, which might happen to the community at large: “And should you ask, what are we to eat in the seventh year, if we may neither sow nor gather our crops? I will ordain my blessing for you in the sixth year, so that it shall yield a crop sufficient for three years. When you sow in the eighth year, you will still be eating old grain of that crop; you will be eating the old until the ninth year, until its crops come in” (Leviticus 25:20-22). One bad year and the whole system collapses.

Scholars debate as to whether this system was ever actually practiced. God’s promise of three productive years of agriculture suggests that it probably was not, or at least not for long, because sooner or later, time and chance would have provided a bad year at just the wrong time, and our ancestors knew only too well that it was possible. The cycle of seven years for the land to rest would very likely have occasionally been followed by bad years at the crucial time.

In addition, forty-nine years is a long time to wait for one’s luck to turn around after selling off one’s ancestral holding. It was quite likely that one would not live to see the unfairness of economic success corrected by the Jubilee. But the institution of the Jubilee would affect not just the individuals alive at the time, but also generations to come.

The rules that the Torah sets forth in our portion are a kind of experiment in living, not just a set of commandments, but a way to ensure the long term health of a society through its claim upon the obligations of the individual.