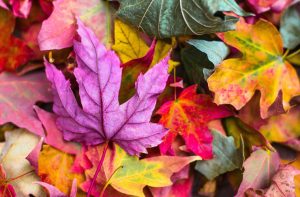 There’s a book on the shelves in the college library called Why Study Talmud in the 21st Century? I can tell you why I study Talmud (and other rabbinic texts). Frankly, it’s because I’m looking for a good story.

Behar is pretty dry, it’s about the sabbatical and jubilees years, sprinkled with some laws about usury. The discussion in the Talmud – in Bava Metzia, one of the tractates that deals with business law – is also fairly dull. But then a great story appears (Bava Metzia 114a-b)!  I found it because it quotes a verse in Behar which starts “If your brother becomes poor and is forced to sell part of his land….” (Leviticus 25:35)

Rabba bar Avuh recognises Elijah (recognition does not seem to be a problem for the rabbis of the Talmud) and takes the opportunity to ask some questions about matters of halacha (Jewish law). For it is well known among the rabbis of the Talmud that halachic debates which are not successfully resolved will one day be settled absolutely by Elijah when he comes to announce the imminent arrival of the Messiah.

Rabba bar Avuh asks: if your debtor cannot pay you back, can you take goods as payment? Elijah answers by referencing our verse (Leviticus 25:35) and another Biblical verse about poverty.

Rabba bar Avuh then ventures another question: where does the ruling derive from that one may not separate tithes whilst naked? Elijah cites a Biblical verse by way of reply.

After two halachic questions, Rabba bar Avuh asks Elijah why he is in the graveyard (we might ask the same question of Rabba bar Avuh). It’s not so much the incongruity that piques his interest, but a concern that Elijah – purportedly a member of the priestly caste – might contract tumah (ritual impurity) from contact with the dead. Elijah explains why non-Jewish corpses do not impart tumah. (The solution, not so gratifyingly, seems to suggest that non-Jews and their corpses are less human than Jews).

Elijah prefaces his explanation with the rather disparaging comment “Has the master (ie. Rabba bar Avuh) not studied the Tractate Taharot? Rabba bar Avuh reacts defensively to this slight. He protests that this is rather an obscure teaching, and he has barely been able to master the more mainstream rabbinic syllabus. His excuse is the usual one: he’s too stressed, things are busy at work.

So Elijah takes him to visit the Garden of Eden. There, Elijah instructs him to take off his cloak and gather some leaves up into it. On the way out, a heavenly voice calls out “Is there anyone like Rabba bar Avuh? A person who consumes his heavenly reward in the here-and-now?”

Taking the hint, Rabba bar Avuh leaves the leaves (!) in Eden. However, they have imparted such a fantastic scent to his cloak, that he is able to sell it for 12,000 dinars, a fortune! He takes the cash and divides it between his sons-in-law.

And then the rabbis of the Talmud continue their discussion about debt collecting.

This is the kind of story I am looking for!

It is beautifully constructed and so suggestive. A rabbi and a Biblical prophet bump into each other in a graveyard. Three questions are asked and answered. Some things are resolved but the underlying question is only gestured at. It seems to deal with the notion of what is it to be truly human. What does it mean to be human? or dead? Jewish or gentile? Pure or impure? What is wealth and what is its purpose?

The second part of the story takes us into the Garden of Eden. Leaves are gathered and then abandoned, but the scent lingers. A rather critical heavenly voice reminds the protagonist that reward is a zero-sum game – if you take it now, you won’t be able to enjoy it later. The conclusion of the story seems to belie that – for the sublime fragrance of heaven, is sold for cold, hard cash, and Rabba var Avuh finds himself rich, but also in need of divesting himself of his wealth so he doesn’t cut into the capital he hopes to enjoy in the World-to-Come.

In this story we see how rabbis talk – how even Elijah and the heavenly voice – participate in the rabbinic conversation. We see Rabba bar Avuh’s angst, his apology for his lack of knowledge. Paradoxically a visit to Eden and a message about the nature of wealth result in his making a fortune! Opposites abound: the conversational exchange features clothing and nudity, this world and the next, the place where the body resides, and the place where the soul goes. We are left with big questions: what is wealth? how is it earned? how should it be spent? These questions hover suggestively.