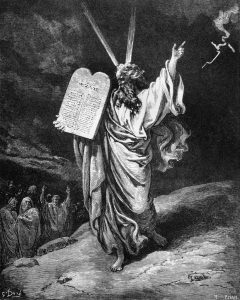 I’ll never forget the day that I introduced my grandmother to my smartphone. Excitedly rattling through the apps on it, I showed her how I could watch TV, send messages, take and edit photos, and play a huge selection of games. As the tour continued she seemed more and more confused, until she said, “this is a fascinating computer, but where is the phone?”

Though it’s true that what I had shown her was still a phone, and she relaxed once she realised that she could still contact me from her landline, this interaction is emblematic of the challenges of living in a changing world. Though what I had in my hand was still a phone and she could identify it from what she saw as the key feature, it was also a sign of the fact that ‘phone’ no longer means the same thing that it meant to a previous generation. When we say phone, we might still be referring to the same physical object, but what was once its sole and defining feature has for many been reduced to possibly the least used part of the device.

Things change and develop over time, and the sometimes distressing and confusing nature of this process of development is illustrated by a Talmudic story about Moses and Rabbi Akiva.

The story tells that when Moses went up Mount Sinai to collect the Ten Commandments, he found God fastening crowns on top of the letters- the crowns that are still found on top of the letters in our Torah scrolls. Observing that the Torah was finished except for these ornaments, Moses asked God who God was doing them for. God Replied, “there will be a man who will exist in many generations time, Akiva ben Josef is his name, and in the future he will expound piles and piles of laws from every crown.” Moses asked to be shown the man, and turned around to find himself sitting in the back row of Rabbi Akiva’s Beit Midrash. Though Moses was the one who first received the Torah, and the one who the Torah tells us wrote it down, he found himself unable to understand what was going on. Unsurprisngly, Moses felt faint, and the feeling continued until a student asked Rabbi Akiva where the authority for these teachings came from, to which Akiva replied, “it is the law that was given to Moses on Mount Sinai”, and Moses’ mind was calmed.

This Talmud story is one that has particular resonance for progressive Jews because it concerns the change and development of Torah, of Jewish teaching, and the impact that has on what our Jewish world and lives look like. Moses may be calm by the end of the story, but this Shavuot, the day that we celebrate this moment at Sinai, perhaps it’s a useful exercise to spend some time with his discomfort. Those feelings tell us something worth paying attention to.

When things change in a radical way, it IS difficult. Stories like that of Moses and Rabbi Akiva raise the question of how far we can allow things to change and develop, and what it means for their relationship to the way that they once were. We are Jews whose identity is grounded in the dynamic interaction between our modern world and our ancient tradition, and our Torah is shaped by that experience, and so too our practice. Change is part of who we are. Everything from our liturgical lives to the way our Rabbis conduct weddings has been influenced by this process. Prayers are different, things are omitted, new things are added.

What connects Moses’ Torah to Akiva’s? Akiva’s to our contemporary interpretations? Would our Judaism be as unrecognisable to our sages as theirs was to Moses? And if so, does it matter? To answer that question we have to go back to the seat of the action at Mount Sinai, and ask two questions: What was given in the moment of revelation, and who was it given to? The Talmudic story offers a partial clue because it introduces a temporality into the story. It suggests that meaning was encoded, and though the text was revealed, its meaning was only partially transmitted to the generation that was at the mountain.  The emergence of the ability to access this meaning was a continuation of revelation at Sinai.

The Kotzker Rebbe, an 18th Century Polish Hassidic leader and teacher shares a teaching by his own teacher, Rabbi Simcha Bunem of Pshiska. When Jews pray on Shavuot, they use the phrase zeman matan torateinu to describe the day- it means the time of the giving of Torah. He explains that we should pay attention to the fact that it doesn’t say, zeman kabbalat torateinu “the time of our receiving Torah”. And so, the teaching goes, we know when Torah was given- in the month of Sivan- which means we can connect its giving to a particular time. We cannot however say the same for the act of receiving, “for which every day is the time”. He further teaches, that the giving of Torah was equal for all, but the receiving was not, because each person only receives what they are able to understand. Separating the acts of giving and receiving turns revelation from a moment into a process. Furthermore, as our capacity to understand develops, so too by extension must our ability to receive Torah. This seems to echo the dynamic between the Moses and Rabbi Akiva time periods.

Texts like this matter because they cast those of us who inherit Jewish tradition, and see new wisdom in it through the lens of our contemporary world, as part of this chain of ongoing revelation. New interpretations, insights, and ways of being that come out of engagement with our tradition should be situated as inheritors of this legacy.

Despite this, it isn’t difficult to imagine even a progressive Jew from the past century walking into a modern reform or liberal synagogue and seeing the screens, instruments, new liturgies, and music that reflect the development of that facet of our lives, and to react the same way that Moses did in the Beit Midrash. With the pace of change in some elements of religious life, this can even happen in the space of a few short years. We need a way to answer this question for ourselves- not for those who have defined their identity in opposition to ours- but for those amongst us who do not yet share a vocabulary.

Just like in the Talmud, Torah is that answer. The difference between rootless autonomy and change that brings God closer into the world is Torah. New meanings and insights into our ancient texts emerge as we study them in dialogue with the world around us, and those new meanings can be seen as an ongoing part of self-disclosure, or revelation. They simply were not possible before.

Just as a phone stops being a phone when it loses the ability to make calls, to perform its key function that defines what it is, so too does Judaism when it loses the Torah that defines who we are. The answer that the Rabbi Akiva gave the student must be our guide-post too, and however far we travel along the path of new ideas, we must remain able to answer honestly that ours too is the Torah that God gave to Moses, and to us, on Mount Sinai.