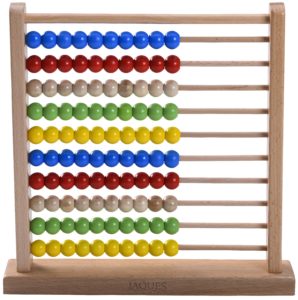 There are many countings, and many species of counting. Here I will think about just a few.

Our parashah, and the Book of Numbers, begins:

And the Eternal spoke to Moses in the Wilderness of Sinai in the Tent of Meeting, on the first of the month, in the second year after the Exodus from Egypt, saying: ‘Take a head-count of the whole congregation of Israel, by their families following their fathers’ houses; by the number of their names take a headcount of each male.’

Commenting, we have perhaps our most famous Rashi:

Because [of how greatly] they were beloved to God, God kept count of them all the time…

Why does our Book of Numbers begin with a census? Rashi provides the unlikely and beautiful answer: to demonstrate God’s great love for us. After all, we should only count what we care about – caring how many there are is, after all, a caring.

Sforno goes further on the same theme. We cannot but notice the strange grammar of the second verse. Several details of the counting seem extraneous to us, including that they should be counted b’mispar shemot, by the number of names. But Sforno figures that this detail demonstrates the greatness [oz] of the desert generation; they merited to be not mere figures, but names – each name testifying to the individuality and value of the person.

This counting then is the counting of dignity and love. If we care, we do not lose track, we take names.

A further counting of the Israelites in the desert occurs after the plague which has punished them at Shittim. This poses a problem for Rashi. He has argued that God counts only from a great love; and yet here the counting comes after a dreadful plague. Rashi brings a very different parable to account for the apparent contradiction:

This may be compared to a shepherd, who after wolves have come amidst his flock and killed sheep, counts them, to number the remnant.

Still loving, like the shepherd holding responsibility for the awfulness which has befallen his sheep, God must count what is left. I should be clear, I am not bringing a theodicy here to suggest that God is the one who brings plagues and wolves into our midst. But numbering the remnant does still seem to be an expression of love and compassion – be it howsoever belated.

Another counting. The first verse of this week’s Haftarah is the origin of the halakhic prohibition against counting Jews.

The number of the Children of Israel shall be like the sand of the sea, which shall neither be measured nor counted… (Hosea 2.1)

And, in the Gemara:

Why the prohibition? It seems to suggest that God is the One who counts – and only God’s counting can be the counting of love. Ours is not – ours is the counting of administration. If, as Seforno suggests, in the infinity of God, our names can somehow be held – and with our names, our individuality, the infinite value of each person – in the human counting we are always reduced, always made into mere units.

In practice, the halakhah recognizes that we need to count people for all sorts of purposes – and limits the prohibition to some very specific head-counting practices. However, the prohibition stands and reminds us of the dangers of unmindful bean-counting. Humans are not beans!

Against all this, the Ba’al haTurim seems to offer a very different understanding of the opening of our Parashah. Why did our previous Sefer conclude, in its final verse, with ‘These are the commandments…’, whilst this begins with ‘In the Wilderness’? In order, the Ba’al haTurim answers, to teach that if we do not make ourselves like the mere desert sand upon which all may trample, we are not worthy to receive Torah.

The Ba’al haTurim’s comment serves as a sort of corrective to the first Rashi we read – lest we Jews read these verses and convince ourselves that the whole journey of Torah testifies to our greatness and splendour; we are reminded that we were given the Torah in the anonymous desert; we were dragged through the dust for forty years; we were punished and stranded in the wilderness, and only in that great desolation could we merit Torah. If we cannot live with the same, we do not merit the same.

These counting texts suggest, I think, some deep truths about the gulf between our thinking and God’s ‘thinking’. The Torah makes the promise – which we may or may not accept – that our being, our individuality, and our names are somehow held in the Divine Intellect. Somewhere, somehow, an Intellect by which we are valued exists and this is a guarantor for the infinite value of the Human. By contrast, our intellect is always reductive – unable to hold even a single Other in their infinite complexity. A consequence of our deeply limited nature, then, is that each one of us qua individual should make ourselves like the dust – accept our own smallness and thereby ready ourselves to receive Torah. By contrast, we are not at liberty to count others – we should reduce ourselves, but aspire never to reduce others. We should aspire to recognize our inability to make the Other ‘count’.

This is a time of statistics; of counting the living and the dead; of relief when the daily toll dips, and anxiety when it rises. To count is human; and so too is our necessary insensitivity when the numbers are further from home, further from us and those we know. The Torah suggests that since we are unable to care as much about the numbers far from us as those close to us, perhaps we should not count at all. If we cannot live with that value – if count we must – the Torah at least offers some parameters for how we should train our minds to read and resist the monstrous data enclosing us from all sides.