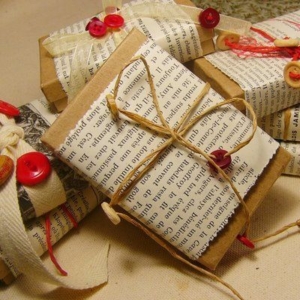 Is it better to give than to receive? This question is often found in interviews or short questionnaires as a quick means for revealing someone’s personality: what is your earliest memory, what was the best kiss of your life, what would your superpower be, who would you invite to your dream dinner party, and is it better to give or to receive? At first glance, the answer ’to give’ seems preferable, because it would at least avoid any suggestion of selfishness or greed. A person who gives is not consumed by the desire to always have more.

On reflection, the question is of course not that simple. Giving is not always an act of selflessness, nor are those who prefer to receive always greedy. Giving can be an act of control, when someone is made to feel dependent or even guilty. Receiving is not all that easy either, because it can make one feel indebted, vulnerable or needy. Such feelings are difficult in a society which values self-sufficiency above almost everything else.

In our tradition Maimonides offers a well-known response to some of these difficulties with his eight levels of the giving of ts’dakah or charity. They move from the lowest level, giving ‘grudgingly, reluctantly, or with regret’ to higher levels, such as giving ‘before they are asked’ and giving without the giver or receiver knowing each other. The highest level of giving are ’[t]hose who help others to support themselves by a gift, or a loan, or by finding employment for them, thus helping them to become self-supporting.’ (See Forms of Prayer, p. 556.) As this highest level makes clear, a desire for self-sufficiency is not just of our times.

his week’s parashah reading as well as Shavuot, which we start celebrating Sunday evening, confront us with gifts that go beyond the giving of charity. They are the gift of a first born and the gift of Torah. This Saturday we start reading the books of Numbers, which begins with a census. We learn that the Levites are going to replace the first borns in the tabernacle and we come to the passage that has given us the ritual of redemption of the first born (pidyon haben). Five shekels are to be given to redeem the first born. The gift of a first child is recognised in an exchange for money.

At the end of the weekend we start celebrating Shavuot, the gift of Torah. Like that of the first born, this gift has been presented in terms of exchange. God has brought us out of slavery, out of the land of Egypt, through the Red Sea. In return we will obey and accept God’s covenant. Yet, this exchange is not without its difficulties. According to one story the rabbis tell us no other people was keen to receive Torah. We are told that we were the last to be asked. The other nations rejected it when they heard of its demands. (Sifrei Devarim 343) Another story has God holding a mountain over our heads and threatening: “If you accept the Torah, excellent, and if not, there will be your burial.” Hastily we accepted. (Shabbat 88a)

I wonder whether the French philosopher Jacques Derrida (1930-2004) had these exchanges in mind when he developed his thought experiment about the gift. Derrida is troubled by the exchange nature of any gift. He argues that for any gift to be genuine, there should not be any exchange, for then the gift is not strictly speaking a gift, but more of a loan or a transaction. I give you a present and you give me something of equal value in exchange. Taking this to an extreme, Derrida argues that there should be nothing in return. Even a simple ‘thank you’ would be too much. Thus, for Derrida a genuine gift is not possible.

he thought experiment fascinates me, because it offers a challenge. Is it indeed impossible to think of a gift that would go beyond any exchange? The challenge is even more formidable if we think of ourselves as the receiver rather than giver. Is it possible to receive without any sense of debt or gratitude? Perhaps we should also wonder whether it is not just possible, but also desirable to think of a gift that does not come with any such sense.

How can we make sense of the immensity of the gift of Torah? It is something to celebrate. It is sweet like honey. It gives meaning and direction to our lives, but also strenuous demands and many problematic ideas – of which the preference for the first born is certainly one. It suggests to us that as the receivers of this gift, we are not self-sufficient.

I do not think it is an coincidence that both Maimonides and Derrida focused on the giver rather than the receiver. They both identify with a position of some self-sufficiency. This leaves us with a gap. Is it better to give than to receive? And is it more difficult to receive than to give? Receiving asks for an acknowledgement of our vulnerability. Each and every one of us is vulnerable and the past year has made this obvious even to those who may not have thought so before.

Shavuot does not come with many rituals. We eat cheesecake and we study into the night and celebrate this great gift of Torah. This offers an opportunity. Sitting with a book and something sweet is all that is needed for us to reflect on our vulnerability and our relation to one another. And perhaps a Maimonides of our days will write about eight levels of receiving.