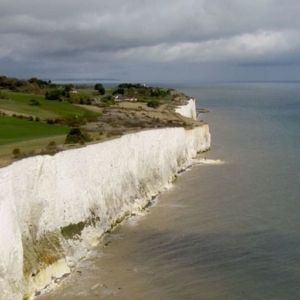 This week’s shabbat is rather special as we will enter it as members of the EU on Friday and exit it no longer a part of it on Saturday. In a trick played by fate, or a very devoted Jewish Brexiteer on the Johnson team, this is also the Shabbat to which we enter as slaves in Egypt, and exit as a free nation in the desert, at the start of a long journey. I wish not to take this analogy forward, only to comment on the pangs of separating, of changing, of going into the unknown.

Leaving even Egypt was painful for all involved, both Israelites and Egyptians. Egypt was Israel’s home for 430 years or 210 years (it depends if you ask midrash or the Bible). A much longer relationship than that of GB and the EU. In the days of old, just like today, it was often hard to tell a person of one country from another.  When Zipporah sees Moses for the first time, he looks to her like an Egyptian man, probably like every other Israelite of the time. And things are especially complicated for Moses. As a Disney film reminds us Moses was not only the greatest Jewish leader in history, but also a prince of Egypt, not the crown prince, but a prince. Moses can speak to Pharaoh, ask things of him not only as a messenger from God, but also as a member of the royal family, wishing to step away from duty to explore his role in leading a new charity, wishing to take with him some of the country’s fortune.

Doing so, he is faced with a monarch who does not have quite the same sense, sensitivity and manners as ours. Pharaoh himself, as you will recall is not an entirely bad man, he may object to the idea of the slaves going to sacrifice in the desert at first, but by the fourth plague he becomes less of an almighty king-god, and more a person cutting his losses and willing to agree on a deal, and only God, who hardens his heart leads him to change his mind again. It is easy to forget that at first, Moses and Aaron do not ask for a full separation, at least not in their words to Pharaoh. The repeated verse turned hymn is not “let my people go,” but rather “let my people go so that they may worship me” (Ex. 7:17, 27; 8:16; 9:3), suggesting that following the sacrifice to God, the people might come back. Pharaoh believes that is possible even after the penultimate plague of darkness, when he suggests that all the people would go, but would leave behind all of their cattle. When Moses refuses he snaps and takes away from Moses the last sign of belonging to the House of Egypt: access to the crown. “Get away from me!” Pharoah shouts, “Take care that you do not see my face again, for on the day you see my face you shall die.”  (Ex. 10:28). The last ties between the boy rescued from the Nile by the king’s daughter and the palace seem to be broken. But are they? Undoing the effects of an era of living as one is not an easy task. Oddly enough after each house in Egypt lost their first born, the Egyptians of Rameses are still quite generous, giving them silver and gold and garments to those who wish to leave, to escape the horrors of Egypt. Many others who are not Israelites, the ‘Erev Rav’ mixed multitude, choose to follow Moses (Ex.12:38). Pharaoh himself asks Moses, at the very moment in which he calls him to the palace in order to finally let the people go, to sacrifice also in his name and bless him, thus inserting himself into the desert, asserting his connections with Moses and his God. I need not remind you of the countless time when the redeemed Israel, already in the desert, after crossing the sea miss Egypt. The meat of Egypt, the grains of Egypt, the fish, their houses, the comfortable and familiar life, often forgetting that it was not really that good. For a group of people who know that the Ramsexit is coming, following nine plagues, the Israelites seem unprepared when the tenth actually strikes: “So the people took their dough before it was leavened, with their kneading bowls wrapped up in their cloaks on their shoulders” the inevitable came, still, as a surprise. So what can we learn from Ramsexit to Brexit? That every symbiosis is hard to break, every change frightening, but also, that once the decision has been made we must put our best foot forward. That we should follow Nachshon ben Aminadav, the head of the tribe of Judah and brother in law of Aaron. A man remembered in rabbinic literature because according to rabbi Judah when all the Israelites faced the sea and were given the order to advance each tribe in turn said ‘I don’t want to go first into the sea’. Nachshon saw this and jumped into the sea.” For this leap of faith, for his facing reality and putting himself in the hand of God Nachson is rewarded by the future kingdom being given to his tribe of Judah, and by being the forefather of David, and the future ‘son of David’, the Messiah (b.Sotah 37a).

We stand today on the shore, the sea has already parted. So let us have faith that the parted sea will not swallow us, that the road will show itself to us that good things are yet to come.