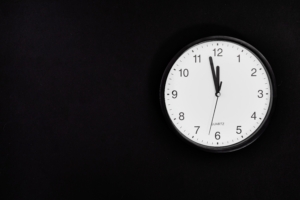 If you’re sitting comfortably, then I’ll begin – but as to exactly how I continue the story, of a girl whose life of poverty and oppression is transformed after an encounter with a prince – well, that may depend on where in the world you’re sitting comfortably.  Anglophone children might not recognise Cendrillon as their Cinderella, nor Italian children recognise Aschenputtel as their Cenerentola; children used to her leaving a shimmering glass slipper behind might be surprised to find her wearing red dancing slippers in Egypt, ocean blue shoes in Greece, or golden sandals in Iraq.  Adults may be sophisticated enough to recognise the story beyond culturally-influenced changes of details like names or footwear, but one detail whose absence might still be deeply felt is the midnight curfew: there’s something magical about a transformation occurring at midnight, even if you no longer believe in carriages turning into pumpkins on the twelfth chime of the clock.

Midnight holds a special place in our imaginations: deep in the night, when our eyesight is diminished and our imagination enhanced, it’s a time that can seem far away from our daytime lives and all the rules that apply within them.  Magic can happen at midnight, with or without a fairy godmother, and it isn’t only in fairy tales that a story can turn on what happens at midnight.  In the Book of Ruth, for example, Boaz wakes at midnight on the threshing floor and is startled to find a woman at his feet: a pivotal moment in Ruth’s story, when her life truly begins to move from bereavement and poverty towards prosperity and hope for the future.

Another Biblical experience of midnight as a moment of transformation comes in Parashat Bo, although we often pay more attention to its traumatic events than to their timing.  Moses gives Pharaoh God’s message about the tenth and final plague before the Israelites are freed: “Around midnight I will go forth among the Egyptians, and every first-born in the land of Egypt shall die… And there shall be a loud cry in all the land of Egypt, such as has never been or will ever be again” (Exodus 11:4-6).  This is powerful but dark midnight magic: it will effect the freedom of the Israelites, at horrific cost to the Egyptians.  In the quiet darkness of the night, the unignorably loud cry of pain that goes up from the Egyptians might seem like a cry from their darkest nightmares.

Our sages wonder about this description of ‘around’ midnight: did even Moses not know at exactly what moment the plague would begin?  Later in the parashah, Torah will describe this as ‘a night of vigil’: we might imagine both Pharaoh and Moses still awake into the small hours, wondering if or when the predicted plague would strike, especially when Rashi suggests that saying ‘around’ midnight is a safeguard against Pharaoh’s astrologers miscalculating the time and thinking that God’s plague arrived either late or early.

When the plague arrives, however, it is right on time: “At midnight, the Eternal struck down all the first-born in the land of Egypt” (Exodus 12:29).  Rashbam explains that midnight is the point at which God divides the night in two, reflecting the halachic concept of midnight: not at 12am, but at the mid-point of the hours of darkness, the exact opposite of midday when the sun reaches it peak.  This may help us to understand the magical powers of midnight: at the darkest part of the night, it is a turning point.

For the Israelites, midnight is the time when the dark night of their experience in Egypt begins to turn towards the promise of freedom; for King David, the deepest hour of the night is the time when his attention turns from the night towards the promise of the new day, even though dawn is not yet discernible as even a glimmer on the horizon.  The Talmud (Berachot 3b) imagines David being woken at midnight by a northern wind that played his harp, then fulfilling the verses “At midnight I rise to give thanks” (Psalm 119:62) and “I will awake the dawn” (Psalm 108:3) by playing the harp himself and singing praises of God through the rest of the night until the dawn.

Midnight can be a moment of pivot between progress deeper into darkness and movement towards light.  Midnight can be a time when the unseen, the impossible or the unimaginable can transform into reality, in a moment when imagination and even magic become possible.  We too may face times of darkness, both personally and communally, and lie awake wondering if or when a change will come, for today we have no divinely-strummed harp to alert us to midnight’s arrival.  Yet its magic needn’t be lost to us: whatever the different details of our stories, each of us may be able to find midnight moments in our lives that help to transform us.  Perhaps you might dare to make a division in the darkness, allowing your imagination to turn your vision forward to create a new dawn; perhaps you might simply manage to leave a shimmering token to help your destiny find you after midnight has passed.  Princes, plagues or Psalms: whatever our turning point looks like, may we all find our way through the darkness to our happily ever afters.