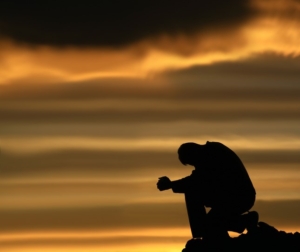 The Words that Moses Spoke: Accounting for Life /Reckoning with Death

The start to this week’s parsha: “These are the words that Moses spoke to the people.”

What, more words from Moses? Has he not been speaking ever since he implored God to find someone else to serve Him, “No man of words am I, for I am heavy-mouthed and heavy-tongued”. Since then, the words Moses has spoken have been God’s. But this time, for the first time, they are his own. And they come in a furious torrent of reproach, reprimand, petulance, self-justification, self-pity, and, finally, melancholic resignation.

What is the point of this speech? Is Moses looking for vindication? Veneration? Is he addressing the people alone, or is he also speaking to God?

Is he recounting the past or pleading a case?

Is his story a chronicle? Is it a parable?

Moses is facing the end of his life. But that’s not what irks him and provokes this disquieting disquisition. He’s facing the fact that his life will end with disappointment. He’s not happy about it, and he wants to tell us why. More poignantly, having exhausted his direct pleas to God Moses may be using his speech to the people to prevail upon God one last time, to let him enter the land, to allow him to fulfil his animating purpose.

Moses addresses the people as if they are the same individuals he led from the start, but that generation is gone and Moses is free to present the past and his role in it, as he wants to be perceived. He tells the story of a man “more sinned against then sinning”. A man who, at God’s bidding, commands “Justice, Justice,” and now feels unjustly done by. And no wonder, when Moses implores, “Let me, pray, cross over that I may see that goodly land which is across the Jordan,” he gets this withering reply, “Enough for you! Do not speak more to me of this matter” (3:25-26)

As his narrative gains steam, we feel his frustration, his sense of futility, his rudderless rage. Moses wants to put his fist through his fate.

And why not? Moses describes a life of unfailing fidelity to God and intrepid, judicious stewardship of his people. He overcame crippling self-doubt to become an effective leader, powerful commander and a teacher and prophet unparalleled, as we’re told at the end of this book, before or since. Moses met God’s unrelenting demands of him, through rebellion, insurrection, mass disaffection and flirtations with idolatry, near-famine, wars of defence, wars of conquest. All to come to what surely felt a betrayal.

The Talmud (Bava Batra 14b-12) tells us that Moses wrote the Book of Job, something that would seem far-fetched to those unfamiliar with this week’s Parsha. But stripped to its essence—swap Moses’s power and privilege with Job’s family and wealth– the story Moses tells of himself is not so different to Job’s.

Moses, like Job is a righteous man faithful to God and beloved by Him. God has given him powers and privileges he has not conferred on anyone else. God’s gifts and guidance have given his life purpose and meaning. Moses is striving toward something of monumental consequence, something God called upon Moses alone to pursue. And then God, in what seems a fit of petulance, calls time.

God took from Job everything he had.

God took from Moses the only thing he had.

The author of Job saw to it that Job got retributions. He had God make restitution. Let’s say that author was Moses. Was this the outcome he would have written for himself? Surely if Moses had been able to script his own life, God would relent in the end and let him make his way across the river and die with his ambitions, his dreams realised, his mission complete.

We can’t read this portion dispassionately. Until now we’ve had just one humanising glimpse of Moses, in Leviticus when Moses drapes his brother in priestly garments and prepares him to preside in the tabernacle. We don’t even see Moses mourning the death of that brother nor the death of his sister who as much as any mother, had given him life.

But now we are captivated by Moses the all-too-real man and wonder: if the most faithful, sagacious and tenacious of God’s servants, this paragon of piety can be felled in his tracks feeling forsaken by God, what does that portend for us?

Exactly. We can’t expect to be treated any differently. The trick is learning to live, to care, to invest our time, energy and emotional resources, with that.

We could work our way out of this particular pickle by invoking Pirkei Avot 2:16 “It is not your duty to finish the work neither are you at liberty to neglect it.”

But that’s not good enough. We feel indignant on Moses’s behalf and the Midrashic homily doesn’t do much to assuage our sense of injustice or help us cope with the futility we feel as he contemplates his fate.

Is it possible that this week’s Parsha, and the whole book of Devarim is that sense of futility? Is Moses’s life meant as a parable to persuade us that everything eventually comes to nothing? Is it one long cautionary tale against investing ourselves in a cause, in a goal, in an outcome?

Not at all. Among the more notable of Moses’s exhortations in his iterations and reiterations of covenant code, Moses says: “Choose Life.”

Knowing that Moses will die feeling ungratified and unfulfilled, we can take “Choose Life” to mean something he had missed, that our life’s work is to live, to live fully in the present–to be present and make our presence count toward the very same objectives we would have if we were confident we would live to achieve them. While we may wish He had found a more compassionate way to put it across, perhaps this wisdom is what God intended to convey in bringing Moses’s life to a close as He did.

As to futility? If we carry on impelled by faith in posterity, refusing to be stymied by impending mortality, those who survive us will live in more just societies, inhabit a healthier planet, and thrive in flourishing communities and families.

We should live and lead as if we have no doubt we will get where we’re heading. We must choose life knowing we can’t choose it on our terms but acknowledge, as Moses and Job were forced to do, that at the height of our prosperity and elation, and at the depths of our dispossession and devastation, life is what we have; life itself is all we have.

We can cultivate our capacity to appreciate life by drawing closer to those closest to us and preparing the world to welcome those still generations away, by stopping to smell the proverbial flowers here and now, and planting the seeds for future harvests. Grappling with grief by beating it back to where it does not obscure our view of the love and beauty that survives our loss.

To some degree unknown and unknowable, we’re all following Moses to his journey’s end. Let’s see how far we can go.