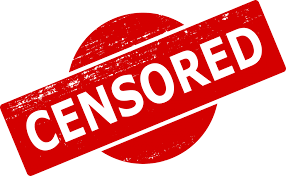 In the past few months, the social networking giants Facebook and Twitter have embarked on an active process of removing individuals from their platforms. Those who have had their ability to share their thoughts and commentary with the millions of users on these sites curtailed include former English Defence League leader Tommy Robinson and InfoWars director Alex Jones.

Alongside the BNP’s Nick Griffin, the leadership and active membership of Britain First, and other far right or white supremacist groups, these individuals were banned as a response to mounting criticism of the role of technology companies in moderating the things people can say using their products as a mouthpiece. These actions stemmed from the heated conversation that found renewed energy in the wake of terror attacks in Christchurch, Pittsburgh and San Diego where the perpetrators cited material found online and used digital platforms to share their hate-filled ideology.

The question of how to manage the distinction between free speech and that which is deemed hateful or an incitement to violence is not new. In recent national memory between 1988 and 1994, the voices of Irish Republican political leaders and those who it was felt might justify or defend the actions of the IRA were banned from being broadcast in the UK. The rationale behind the ban was that it would “deny terrorists the oxygen of publicity”. Broadcasters quickly circumvented these restrictions by using voice actors to dub the words of those whose real voices were banned, thus enabling their message to still be broadcast.

The cases above are both examples where there is a clear notion of the harm that results from the act of speech. Those whose right to speak is being curtailed are those who are deemed to proactively seek to use their words to incite or inflict violence, and yet there is not consensus on how to manage these words in public life.

Alongside those who are removed by a platform for its judgement of their words, are many who remove themselves or are forced offline by an ‘internet mob’. In this case, it is social organisation that results in the ostracisation of a speaker. Depending on your stance on the figure in question, this is either rampant online abuse, or effective digital activism.

“Let the whole community stone him”, is God’s instruction to Moses in Parashat Emor. The person in question is a member of the community who pronounced the four lettered name of God, the tetragrammaton, blasphemously. The man is introduced by the text as the child of a Hebrew woman and an Egyptian man, a perhaps unnecessary detail but one which makes a suggestive inference about the relationship between his lineage and proclivity to transgress.

The punishment meted out to him is not carried out by God but rather by the whole community, something that is repeated twice in Leviticus 24 (verses 14 and 16).

The image of a large group of people that turns on an individual who is deemed to have spoken out of place is quite a terrifying one. It’s uncomfortably close in form to the scene that plays out constantly in online discourse- often at the expense of both the individual being targeted, and of any forward focused dialogue or learning.

Rashi explains that the nature of this punishment reflects the social manner of the act of blasphemy. He explains that there were witnesses to the transgression and these are the people who are involved in carrying out the stoning. Our sages restrict the definition of the kind of blasphemous act that could elicit this response to a very specific way of speaking the divine name in an act of cursing God. Nevertheless, the model that it represents of managing that which should never be said is one worthy of analysis.

The Emor model is one which acknowledges the role of a community and not just those in charge in handling problematic speech. God decides what the problematic behaviour is, but requires the community to police it. It is effective in establishing the severity of that which is spoken, and in punishing the blasphemer. The death penalty serves as a deterrent to future would be blasphemers, but doesn’t offer the perpetrator in this case any path to redemption. It suggests some speech crimes are so severe that there is no way forward apart from death.

One test of the efficacy of this approach would be to ask whether, as well as removing the blasphemer, the action taken removes the blasphemy too. It’s one thing to eradicate the person holding an idea or performing an action, and quite another to successfully remove the idea or action itself. Perhaps the witnesses in the a case of blasphemy are required to be active participants in the removal of the blasphemer because if God was to enact the punishment it would suggest that it is up to God and not the community to set the standards for acceptable speech. As much as those with ultimate authority can set limitations on what is deemed acceptable, the community in which words are spoken has a key role to play in enforcing those norms.

The challenge facing our time is to develop a social framework for addressing speech that profanes that which is holy. In Parashat Emor we find a model for a different age, one which has much to teach us about the role of community in taking action, and one which also contains a cautionary note in the blasphemer’s death. At its best, the Emor model suggests there are no witnesses to an act of speech who aren’t responsible for what they hear. At its most challenging, the model presents us with an impassioned mob for whom permanently silencing someone is the only solution.

Holiness and the earthly manifestation of the divine name lie in the dignity of those created in its image and thus acts of prejudice, hatred, and violence are attacks on the fabric of creation. It is clear from Torah that it is the responsibility of the whole community to participate in creating a world where these voices cannot take root, but to do so will require moving beyond that which our ancestors relied on to develop a practice responsive to the needs of this moment and that upholds the liberties of all- even those who speak words we’d prefer not to hear.