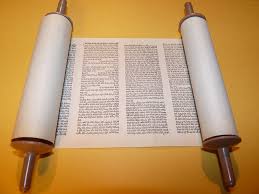 In the 1940s, the CIA’s predecessor created an espionage manual with a premise so unusual that, when it was made public in 2008, people didn’t believe that it was real. The manual was for agents who were sent behind enemy lines during the war, and it instructs them in creating total chaos to bring down systems in the enemy country in which they were working. How did this work? Simple, they just had to follow ALL the rules. The manual tells agents to “insist on doing everything through channels”, to “never permit shortcuts”, “refer all matters to committees”. Doing everything as it should be done, extreme obedience, was, to the manual’s authors, a sure way to cause the enemy to implode- for their essential processes to stop working.

The book reveals an unofficial rule needed for society to function. Some rules, it suggests, are meant to be broken- and if we don’t break them, then we break everything else around them.

Parashat Ki Teitze begins by describing a situation when a soldier finds a woman on the battlefield who he finds to be desirable; she’s an eshet yefat toar a woman of “beautiful form”. The text tells us he is permitted to do what he likes with her, first on the battlefield and afterwards when he takes her into his home, cleans her up and takes her as his wife. The text also says that if he doesn’t take pleasure in her he can get rid of her- with a small mercy towards her that she can’t be sold as a slave to someone else.

The image of war-raged soldiers taking women caught in a theatre of war, then discarding them at will is brutal. I find it unthinkable that we’d be having a conversation about this in the 21st century with any other conclusion than that it’s unacceptable. Yet, this text made headlines a few summers ago when the incoming Chief Rabbi of the IDF was asked if it was technically permitted for soldiers to behave this way, and his response was that yes, according to Torah law, it was. Much has been made of this statement, and rightly so. The rabbi’s response? He didn’t say it should be done, he just said that the Torah said it was ok. Just like our CIA agents, his explanation in permitting the act was that he was just following the rules.

When Hannah Arendt describes evil as banal, she exposed a truth that some of our greatest capacity to cause harm to others lies in simple, every day moments; in moments of blind obedience, of callous, thoughtless acts. What the CIA harnessed for their own ends was the destructive power of this obedience. They harnessed the reality that some rules are bad, and that even those that make sense sometimes need to be broken to take account of circumstance and of individual’s needs. When we don’t break those, when we don’t challenge them, then the harm they can cause is serious.

The approach taken by many modern progressive Jews is to assume that texts such as ours are so self-evidently problematic and harmful that they should not be read. This is a choice made in several progressive movements globally including in this country. Whilst this is an appealing approach, in the month leading up to the high holy days, we are urged to do things that are difficult, to push ourselves, and to confront things we may otherwise wish to hide from. And there is much we can learn from this text.

Firstly and to me perhaps most importantly is a reminder that we can and should speak up when our values call us to do so, even when that means speaking against conventional authority. Here, that authority is Torah, which is central to us, yet we have to be able to call it out for what it is- and in this case it is a violence. We cannot allow the destructive and chaotic power of blind obedience to hide us from our responsibilities.

Second, is the fact that something unspoken is something unchallenged. This period of reflection in the Hebrew month of Elul asks us to dig deep inside ourselves to find some of the things we’d rather skim over and bring them to the surface. It is not for nothing that Louis Brandeis famously stated that sunlight is said to be the best of disinfectants. The model of public confession used during our selichot prayers this month and over the chaggim is one that is invested in confronting that which is most difficult. Reading texts that force us to confront destructive and harmful impulses can act as a safeguard against them ever being acted upon.

Third, and finally, is a reminder to look up, and to see the context and world in which we live. The Rabbi who thought his ruling had no bearing on reality is a Rabbi who saw the page of text before the world around him. We have a sacred duty to look out into the world, to see each other and remember that every person, every name on a piece of paper is a whole world. We cannot let systems and structures blind us to individuals, and the humdrum of procedure drown out the needs and rights of others. Our obligation in safeguarding God’s creation is first lived out in our mutual responsibility towards one other.