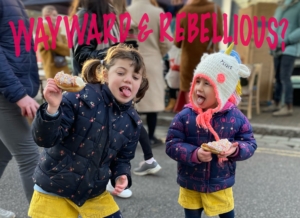 At first glance our parasha, which predominantly consists of laws pertaining to the creation of a just society, is filled with many admirable and desirable commands. These include one’s moral duties toward their fellow human-beings such as the prohibition against, “abusing a needy or destitute labourer, whether a fellow native or a stranger” (Deut. 24:14-15). Such laws are easily relatable, and though successive generations of rabbis have built upon these Biblical injunctions, their core intention remains unchanged. But for every desirable law there is another that, upon a straight reading, appears far less attractive to later generations of readers. For example, the laws relating to a man who rapes an unmarried virgin and who must, as punishment for this act, marry her! (Deut. 22:28-29). Forced marriages and other abhorrent scenarios are rarely resolved within the Biblical text itself and so it is to subsequent Jewish commentators to whom we must turn in order to harmonise tensions between our sacred text and our own moral compass.

In the case of the “rapist-husband,” the Jewish feminist pioneer, Ellen Frankel succinctly summaries the issues unresolved by the Biblical text,

But what about the rape victim? How could this marriage possibly compensate her for what she’s lost? What does it mean for her to spend her entire life married to the man who’s raped her? How can economic security be worth such a steep price? (Frankel, The Five Books of Miriam, 280).

Frankel wrote this towards the end of the 20th century, but thankfully much earlier Jews took issue with, and sought to rectify, the plain meaning of such sacred instructions. Indeed, the rabbinic voices recorded in the Babylonian Talmud during the first half of the first millennium, add several layers of laws including the right of a raped woman to refuse the marriage. Frankel concludes her own commentary by quoting the following, powerful story from Bereshit Rabbah – a collection of midrashim likely compiled between 300 and 500 CE:

Once, when a woman came to Rabbi Yochanan with a claim that she had been raped, he challenged her: “And didn’t you enjoy it?” She said to him: “And if a man dipped his finger in honey and stuck it in your mouth on Yom Kippur, is it not bad for you yet enjoyable by the end?” And he accepted her claim.

Another difficult biblical passage contained within this week’s Torah portion concerns the infamous wayward and rebellious son who outright refuses, even after numerous warnings, to heed the words of his father and mother. In Ki Teitzei such parents are instructed to,

I have two children of my own and, though they certainly frustrate me at times with their independence, I cannot imagine any circumstances in which the above provision would be justified. Just as in the case of the forced marriage to a rapist-husband, the rabbis of the Talmud reframe the original Biblical instruction. They do this by placing numerous restrictions and regulations around the Torah text making it near impossible for the above situation to arise with the Talmud stating, “The case of the wayward and rebellious child never was and never will be”.

In this way the apparent motivation behind the Biblical text’s plain meaning is preserved; the importance of respecting one’s parents. However, the rabbis’ process of exegesis enables the text to be a springboard for another important lesson. The Talmud goes on to explain that the Torah’s wayward and rebellious child was not put to death for their current bad behaviour, but rather for the future, wholly evil adult to which such milder acts clearly alluded.

Death brings with it no reprieve; at least in this world. To put someone to death is to declare that there is no hope for that person so, by making the death penalty all but an impossibility, the rabbis are saying that however far one falls there is always hope.

The rabbinic reframe uses the Torah text to teach us that no child (and no person) should be treated as wholly evil but only judged on their evil actions. As people we need to understand that the future is unknown and that, however far we or others fall, it is indeed possible to reach new, unexpected heights.

The above two cases illustrate the reason and need for the rabbinic process; it takes the essence of our laws and narratives and challenges them to remain relevant. Deriving guidance and meaning from a text that can so often make us feel uncomfortable is the ongoing challenge of each subsequent Jewish generation.