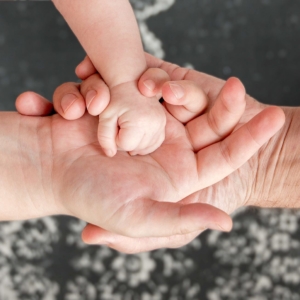 Go! Lech l’cha! ‘Go forth from your land, your birthplace, your father’s house, to the land that I will show you.’ (Genesis 12:1)

These were not quite the words that the midwives said to me as we finally left the hospital with my newborn son, but after three days of bureaucratic hold ups during our stay, we were more than ready to embark on our journey beyond the three walls (and a blue curtain) of the postnatal ward.

A week later, at the peak of the hormone drop known as the “baby blues,” I cried in the car to my husband that I just wanted to put my son back for a bit, and that they really should make you take antenatal classes – realistic ones that is – before you choose to have a baby.

Going out into a new land seems to me to be the very definition of becoming a parent; nothing you have witnessed from friends or family members growing and birthing and raising children can, or could for me, quite prepare you for the fact that you are now entirely responsible for another human being. The world is the same, but completely different.

We too, like Abraham, packed our bags and set out for this new land. Putting our trust in the belief that we were doing the right thing, however scary and unknown.

I bumped into a rabbinic colleague in the first weeks of me returning to Leo Baeck with my newborn in tow, and he asked me how being a mum felt. I responded that people kept asking me that, but I didn’t really know: I said “I don’t feel like a “mum,” just there’s this baby I have to look after all the time and sometimes I desperately want a break, but then I almost immediately miss him and want him back.”

He told me that maybe that’s exactly what being a mother is, and I think he’s right. There is something about motherhood – and I write in gendered terms because I can only speak of my experience – as a perpetual state of galut, of exile. The root gimel-lamed-hei means to uncover, to reveal an object or knowledge or part of oneself, and also to remove – and, quite literally, when you give birth, something which was part of you is removed and becomes a quasi-independent being. It’s the opposite of what Genesis describes as happening in marriage, where two souls become one: here, one becomes two. And so begins an eternal struggle of separation and longing. Rabbi Danya Ruttenberg, in her book on spirituality and parenting, Nurture the Wow, refers to the writer Jane Lazarre’s description of a mother’s love: ‘Motherly love, Lazarre says, is found in being able to hold the contradictions, the longing for our children coupled with the more complicated feelings they sometimes evoke in us’ (p. 73).

The addition of the letter hei, to Abraham’s name, and the shift from yud to hei for Sarah, are often interpreted as symbolising God’s presence, as God is denoted through the letter. Rabbi Rachel Barenblat, known to many as the Velveteen Rabbi, teaches that:

‘Other sources relate the letter hei to breath (certainly that is how the letter sounds when vocalized), and – remembering that God breathed the breath of life into the first human only a few weeks ago in our narrative – see the added hei as a sign of divine spirit.

A change in name can signal a change in destiny.’

Though the language of the covenant is male, and its most prevalent marker is the ritual of circumcision, it is not just a covenant between or about men. Through the establishment of the covenant, God is inserting Godself into not only Abraham and Sarah’s relationships with each other and their individual relationships with the Divine, but tying up God’s fate with that of humanity’s. So too, the name and identity change from “Daisy” to “Mum” brings with it an intertwining of my future with that of another’s in an entirely new way. Parenthood is perhaps the most real example of Emmanuel Levinas’ concept of our infinite responsibility to the Other. Singing to my baby every morning and evening that ‘you shall love the Eternal God with all your heart, and with all your soul, and with all your might’ I am learning that my spiritual life can teach me as much about my relationship with my child, as my child can teach me about my relationship with God.