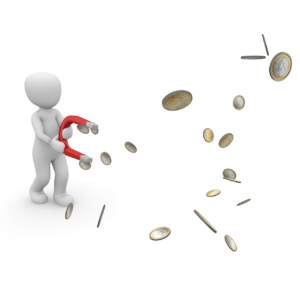 There is a modern expression which could be said as easily by a Head of state or a travelling salesman in Medina. We are doing “this”, and it will be win-win”… “This”?  Of course, “this”  is the perspective of the one who made the offer, the same one who also decided according to which criteria, he estimates the deal.

Usually, when you receive an offer, you are told it is a win-win deal.

The parashah Mattot teaches to us a relevant case of contract negotiation.

The sons of  Reuben and Gad try to convince Moses: they want to separate themselves from their brothers and not come into the Promised land to keep their economic interest.  As verses go by, we see each step of the negotiation from the derogatory request to the win-win deal, and at the end a real contract formulated by Moshe and which Talmudic sages used as the best example of how to do a deal.

Medieval commentators were hard on the sons of Reuben and Gad and a lot of commentaries highlight the egoism of these men.

This story begins with two words, isolated by a back cantilation sign in our houmachim. “Mikne Rav”.  Literally, it means cattle, a lot of ! The word Cattle in Hebrew ( Mikne ) shares the same root with the word to possess , to buy.  So , the tribes of Reuben and Gad were rich but, most importantly,  they put their priority on their possessions before everything, before promised land, before their group identity.  Their first proposition could be read like a man who said: “ok guy, the grass is more green on this side of the Jordan river, so we prefer to stay here, enjoy the battle and good luck! “. We understand the visceral reaction of Moses who sees the risk of a division of Israel’s identity.

Most interesting is the second attempt to deal …The sons of Reuben and Gad introduces this time to all appearances not a request but a win-win offer.

“We will build here sheepfolds for our flocks and towns for our children. And we will hasten as shock-troops in the van of the Israelites until we have established them in their home, while our children stay in the fortified towns because of the inhabitants of the land.We will not return to our homes until every one of the Israelites is in possession of his portion. But we will not have a share with them in the territory beyond the Jordan, for we have received our share on the east side of the Jordan.” ( 32: 16-19)

If Reubenites and Gadites come to the battle, it is only AFTER keeping in surety their own possession: animals and family. In this order.  Rashi highlights this strange hierarchy in their priority.

Concerning the deal on the lands, the offer means to be a good opportunity but only in a mathematical way : if Reuben and Gad gave up  their land in Israel and take other outside , there is at the end more land for all tribes. But it is working only if we think that the collective interest is the sum  of the individuals’ interest and just this.

According to our education, our geographical heritage, we could have some different views on this point.  During the French revolution, the collective interest became a sort of religion of the state which overwhelmed the interests of individuals.  For example, the revolutionaries dissolved the worker’s corporations in order to say that the only group of value was citizenship.

Nowadays, lobbies and groups of interest are problematic concepts for a lot of French people. American or English people are more comfortable with this reality.  Expression of the various individual’s interest is also a proof of liberty and being representative of each one in the nation.

So , what is the view of the Torah on this point?  In the following verses, Moses built a bridge between The City and la Bastille.

Moses accepted the idea of a separation of the people on both sides of the Jordan River in the name of expressing a particular need. What it intends to preserve is not, in fact, a physical unit, a geographical unit, but a common sense of belonging.

Am Yisrael will not necessarily preserve itself if everyone feels that they are playing against their own interests.  A space of freedom can be left to everyone, as long as they do not forget their obligations towards their family….

In the same way, making a nation is not only about sharing the same place of birth or the same address; it is also about being present when your brother or cousin is in danger. This logic is also applicable in many countries where nationality can be granted not by birth but also by dying in the battle for the country.

The deal proposed by Reuben and Gad’s sons could, therefore, seem perfect in every respect: win-win economically and respectful of the notion of Am Yisrael since the latter would still fight alongside their brothers…

And yet, a third time in this passage, the terms of the contract will be amended discreetly by Moses.

Not surprisingly, by reformulating the contract, it puts it back in order: the family house will be built before the cow shelters… But it also formulates a second clause that may surprise us…

Moses specified what should happen in the event of non-compliance with this clause. The tribes would then be told it is forbidden to take possession of this land but would nevertheless keep their full right to collect land in Israel…

Why would you do that? The Talmud tractate Kiddushin illuminates this passage for us “Rabbi Hananiah teaches, The thing had to be said thus because if it were not the case, we would have understood that in case of non-compliance with the condition, they could not even have entered the land of Canaan”.

The wise said: In a contract, if the conditions ( Tnai ) are not like the conditions in ( the verses of the)  sons of Reuben and Gad, proposition and return, they do not constrain admissible conditions”.

We are required to set the consequences of success or failure, a win-win deal or a breach of contract for each proposition, especially if there is risk.

Moses lets Gad and Reuben try their luck but not play Russian roulette. They do not have everything to gain or lose: their land, their identity, their brothers… their inalienable rights are preserved.

Refusing to decide between two ideological visions of the collective interest, he allows space for individual achievements but locates their adventures within the law.

Because the sum of the individual’s interest is never totally the collective interest whatever its culture, even in a fierce competitive universe, the winning deal stops where  a company loses its values, its founding heritage… or it simply loses its soul.