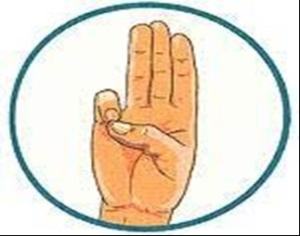 I was never allowed to become a Brownie or Guide. To my refugee parents, the very idea of a uniformed youth movement was abhorrent.  As a child, I couldn’t see their problem.  The structured activities and rather self-consciously virtuous ethos which my friends described really appealed to me, but I had to be content with listening to their stories, and reading books about Brownie camps and adventures.   And memorising their Brownie promise.  Even at that age, I think I sensed the significance of making a solemn declaration, especially in front of witnesses, and wondered whether doing so might actually strengthen a person in their resolve to ‘be good’.

My medical school in the 1970s did not require us to make a Hippocratic or any other declaration when we graduated, but I chose to keep a version of Maimonides’ medical oath permanently on my wall. Conscientious, but ever mindful of the spectre of falling foul of our professional bodies, a small group of us would meet up before the start of each new job as junior doctors, for a mini-ritual of review, reflection and re-commitment to the best values of our training and our profession.

Attending court as a medical or any other witness is always daunting, whether it is to advocate for the needs of a child or to participate in the evaluation of someone’s integrity.  The act of swearing or affirming is not just a personal commitment to being honest, it is also public submission to the authority of the court, and acknowledgement of the potential consequences if justice is derailed.

This week’s parashah Mattot is the penultimate section of the book of Numbers.  The Israelites are at last on the threshold of entering the Land, and are being prepared both for battle and for the conduct of their society ‘afterwards’.  The opening verses deal with the weighty responsibility of making a vow, a personal undertaking to behave in certain ways, or refrain from others.    The person making a vow is voluntarily placing themself under an obligation, and accepting its consequences.   There need not be witnesses, because the words and the vow are understood to have their own power.  A vow unwitnessed or unheard by another person is nevertheless valid and must be fulfilled.

In one of his ‘Covenant and Conversation’ essays, entitled “The World we Make with Words”, Rabbi Jonathan Sacks argued that mutual trust is the basis for a society which can hold a tension between order and freedom, avoiding the extremes of either anarchy or tyranny:

My classmates’ contributions to this website in recent years have dwelt on the power inequity which allows a father or husband to cancel a woman’s vow.  While acknowledging this, I am more struck by the limitation of that option to when the vow is first heard.    A vow heard but not immediately annulled by someone empowered to do so is fully valid:  silence is assent and collusion.  The hearer ‘bears guilt’ if the vow is not fulfilled.

It is interesting to reflect how these notions play out in our own times.   Many professions have their own oaths, pledges or codes of conduct, with the expectation that they will effect some control over the behaviour of their members – and the implication of a shared liability when they fail to do so.

As I write, one of Britain’s political parties is in the process of choosing a new leader, a situation which has arisen partly as a result of loss of trust in the present incumbent.  Each of the hopeful candidates has been quick to make promises and to disparage those of their rivals – and yet all too often, those promises sound unfounded, untethered to a strategy or personal commitment or consequences. Can politicians  – of any persuasion – be trusted to mean what they say, and to deliver on their promises?  Is the Oath of Allegiance required of them sufficiently specific to enable the public to hold them to account?  Is the threat of ‘public shame’ sufficient to deter potential transgression?  To what extent are we all collectively liable for the consequences when we hear vain promises and fail to challenge their authors, or if we accede to the selection of leaders whose word may not be trustworthy?

As Rabbi Sacks stressed at the end of his essay:

And as we repeat to ourselves at the end of every Amidah:

‘God – keep my tongue from causing harm and my lips from telling lies.’