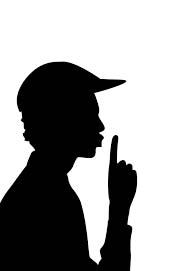 Quite at the end of Parashat Pinchas, we read the story of the daughters of Zelophehad claiming their right to inheritance in front of Moses, who brings the case to God:

“6 And the Lord spoke to Moses, saying: 7 “The daughters of Zelophehad speak what is right; you shall surely give them a possession of inheritance among their father’s brothers, and cause the inheritance of their father to pass to them. 8 And you shall speak to the children of Israel, saying: ‘If a man dies and has no son, then you shall cause his inheritance to pass to his daughter. (Numbers, ch 27).”

God listens to these women’s voice saying that they are speaking right, but three chapters later, at the beginning of chapter 30, the first chapter of our weekly portion, the women’s voice is silenced by Moses when he gives the law for vows. While a man is bound by what comes out from his mouth, the vows of a woman can be canceled by her father, by her husband and, according to Rashi, also by her betrothed. Only the widow and the divorced, who are not under the wardship of a man, are bound by vows and responsible for them. Instead, if a man does not cancel the vows of a wife or a daughter, if she transgresses them, he is responsible for her. We can imagine, since women were considered very unreliable, that quite often men canceled their women’s vows. The voice of women was regularly silenced and their will not taken into consideration, even when applied to something that regarded them specifically. It is interesting to notice that chapter 30 starts with:

To silence women, often pretending it is God’s will, is one of the most effective weapons­ of patriarchy: not only you are, being a woman, in a subordinate role, moreover you don’t have any right to give voice to your will and needs. Every new victory made by feminism and women’s rights movements was based on the fundamental idea that women should speak for themselves and self-determine their lives, ending being under the guardianship of men who compelled them to live in a state of minority.

But our struggle for having a voice is not over. Not only equality with men is still far away from being completely achieved, but we are facing new subtle ways of being silenced: one is mansplaining. This term is a neologism and it is a blend word deriving from the union of the word man and the gerund explaining. It is a pejorative term and it refers to the many men’s attitude of commenting on or explaining something to a woman in a condescending, overconfident and often inaccurate way, taking for granted that, in any case, he is more knowledgeable than the woman he is speaking to. This term was inspired by an essay written by the American writer Rebecca Solnit in 2008. Solnit told an anecdote about a man at a party who said he had heard she had written some books. When Rebecca started to talk about her last book about Muybridge, the man cut her off and asked her if she had heard about the very important Muybridge book just published, completely ignoring what Solnit was saying and that she was the author of that book.

Mansplaining is something every woman has experienced in her life and could tell stories about. And it is one of the most frustrating, because if aggression is horrible, being treated like a child or an idiot reminds you of the reason why you are kept in an inferior position and, sometimes, forced to stay there: you don’t understand and you are not able to think right, in a rational and argumentative and  knowledgeable way like men do.

In the last years mansplaining has reached one of its highest peaks: men have started to explain to women how they should be feminists, which is the right and good and effective (for them) feminism and which is the wrong and bad one. It is an actual paradox, because men are at the same time the oppressor and those who want to explain to the oppressed how she should free herself. It is not completely new: I experienced, being a lesbian, how heterosexuals sometimes want to explain to you how you should be in order to gain more rights: usually being not so visible, being more discrete, avoiding to embarrass them and show off your homosexuality. An agenda that is surely at their convenience, not at mine.

Am I concluding that men should not speak to or discuss things with women? For sure not. But there is a difference between real dialogue and, again, trying to silence women explaining to them how they should stand for their right. In a world where women, are still killed, raped, sexually mutilated for being what we are, even in our Western society still earning less money than men for the same job, rarely occupying roles of responsibility and having to try every day to break the glass ceiling: I hope that you don’t mind, men, if we prefer to decide our objectives and our fights by ourselves . If we, again in history, say that we are able to take the right decisions for us and deal with our mistakes alone. We still ask you to make more silence and more space. And listen to our voices.