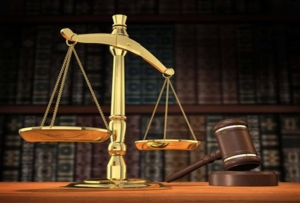 I have often wondered whether or not the Tanakh, as a piece of literature, would make for a good, short-lived piece of television. When reimagined, and relaunched in 2004, Battlestar Galactica successfully gripped audiences for a mere four seasons with its depiction of Edward James Olmos as an initially unwilling, eventually accepting, and always human leader Admiral William Adama shepherding humanity towards a better future (and I do not think the Moses parallels are lost on many). Throughout its four seasons, the series successfully manages to depict the travailing of a mere 50,000 people in search of a new home, all set to the background of humanity’s grappling with serious issues such as religious insurgency, civil liberty, leadership contests, and the debate about whether or not God was behind everything that was happening to them. There are arguments, military battles, prophecies, messianic figures, and even divine messengers – so if Battlestar Galactica can do it, then why not the Tanakh?

Last week’s portion alone is dramatic enough in my mind to make for a good episode of a television series, but even before that we encounter the drama of the revelation at Sinai, the reception of the 10 Commandments, divine thunder and lightning on a mountain hidden in a cloud of smoke – so it only makes sense that this week’s portion be just as dramatic. Alas, no. This week we are treated to rules and regulations: mundane, everyday, ordinary rules about how best to live in a well-functioning society. The contrast between our portion this week and what has come before it is dramatic; the contents not so much at first glance.

For me, and perhaps many others, it seems strangely out of place that Moses is instructed to stand before the Israelites and read a set of rules that seem so ordinary and not divine. But if we pay close attention to them, we begin to find that they are actually the start of a framework for upholding the future of Israelite society. No society in history has ever succeeded, to my knowledge, by living on principle alone; in order to function well, societies need rules and standards in order to regulate all aspects of life. In some ways, Mishpatim brings us down from the mountain and from being in the direct presence of the Eternal One, and places our feet firmly on the ground, in reality.

Throughout the portion, we are reminded that these are not simply civil and criminal laws that are being presented to us through the words of Moses, rather, we find instructions such as this:

The instruction here is to be empathetic, this is not a civil or criminal matter, it is a moral one. The Israelites, themselves once slaves, would have immediately resonated with the rule, but it is undoubtedly intended as a principle for future generations (that is us) as well.

Towards the end of the portion we encounter the phrase “we will do and we will hear” (Exodus 24:7), and these are perhaps some of the most famous words in the Torah. These are the words that the Israelites said when Moses had read to them the rules, and they were indicating their acceptance of them. It may seem strange to us that the Israelites would agree to carry out the rules before hearing them, but it is worth pointing out at this junction that the word meaning ‘to hear’ also means ‘to understand’.

So why might the Israelites be willing to carry out God’s will before they understand why? For Rashi and the Talmud (Shabbat 88a) this is a demonstration of the Israelites’ complete faith in God; accepting the covenant at Sinai, accepting to do whatever God asks, well before hearing the terms of the agreement. This interpretation certainly works well for those of us that understand God not as a being, but as a power. This is not to deny that God exists, rather to understand God as a power found in, and experienced through, all human interactions and all things in the world; a power therefore that works through nature and through human beings in order that creation continues. If this is the way in which God exists and works, then it would make sense that the Israelites would have no problem with knowing what needs to be done, accepting it and agreeing to carry it out, and then later on understanding why it needed to be done upon seeing the fruit of their labour.

Whoever we are, and wherever we are in the world, we all have the underlying desire to live in a society that respects both human life, and the rule of law, so long as the laws respect human life. None of us want rules to be arbitrary and meaningless, none of us want rules that are only relevant for certain sections of society: we need rules that we can live by so that we can trust that society is equitable.

Set against the background of having received the 10 Commandments, themselves strong guiding principles, parashat Mishpatim gives us the small print: rules regarding homicide, manumission, kidnapping, theft, sorcery, the treatment of prisoners of war, judicial integrity, bribery, sabbatical years, and religious plurality. If we want society to work well we need both, because ultimately just like the inhabitants of the Battlestar Galactica we are nothing but humans floating through the immense vastness of space trying to understand who we are and where we’re going, and where God fits into that.

At first glance, parashat Mishpatim may seem boring to us; but sometimes we need the boring to show us exactly where we are.

So say we all.