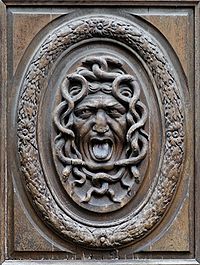 I once more want to visit today the teaching of my Rabbi Shlomo, a man whose understanding of human nature and religion shaped my life. I try to imagine what he would have to say about this week’s parasha, the longest in the Torah, and its many rituals: the ordeal of the Sotah, the Nazirite, the political leaders’ sacrifice, and the reason behind putting them all in one parasha.

In his 1907 ‘Obsessive actions and religious practices’, Shlomo S. Freud argued that at the heart of obsession stood anxiety, a result of guilt of which the person who performs rituals may not know much. The person who suffers from obsessive thoughts (and compulsive behavior) is anticipating a catastrophe, a punishment at the door. The compulsive action functions as a promise of safety, as safety rules. The content of the compulsive action reveals something of the nature of the person’s guilt as it allows for some manifestation of the forbidden desire.

In the Parasha, the man who suspects but cannot prove that his wife committed adultery, is almost a text book example of how this mechanism operates. The husband’s anxieties: that his wife is truly not his, that he cannot control her, that other men have access to her, that he is not enough for her, powerlessness, humiliation, are all present. The husband knows not what he feels guilty for (perhaps causing her pain?) and believes that soon not only will she cheat on him again, but that everyone would know. The ritual performed for the jealous responds to the content of the obsessive thoughts. As Freud speculated, it allows for his dark fantasies and fears  a controlled actualisation. In the ritual itself his wife is indeed being touched by, handled by, another man (the priest) and is exposed to the gaze of other men. Worst of all, she puts into her body the name, the metonymic representation of a different male figure. The suffering of both the man and the woman, tormented by his fears are offered in the Bible a ritual answer. God has the power to remove doubt and obsessive thoughts, to rid the neurotic man of his anxieties.

In a similar way, the Nazirite, a person who took upon himself not to enjoy what is permitted, may also be caught in obsessive thoughts. The very idea that abstaining from wine or meat is pleasing to God is actually being criticised in the parasha, as at the end of the Nazirite period, the person must bring a sin offering. It is not hard to imagine how a short-time vow develops into a religious obsession. Why stop after a month? A year?, asks the Nazirite, and how can he drink wine or eat meat ever again, now that he established this sacrifice mechanism?  Will it not offend God? The Nazirite who has to grow his hair throughout the period of abstaining, actually signals to the world the might of his desires. Those can be of the type of Samson or Absalom. The shaving of the hair symbolises getting rid of excess desire, paying in full the ‘time on the naughty step’. The head stands naked, like a baby’s. The priest and the temple, again, have the power to rid the man of his anxiety, and hopefully of guilt too.

I listened carefully to Rabbi Shlomo growing up, and thought of religious rituals as nothing but anxiety relieving exercises. For the most part, I found better ones. In my post-Holocaust existence, following religious rituals made no sense. The basic pact between the religious person and God, performing ritual to avoid punishment, to push away a forthcoming disaster, was shattered beyond repair. The Jews of (bigger) Europe between the wars, were not guiltier than me. If anything, they performed religious rituals far more closely. It may have helped to relieve their anxieties, but it did not help them. So why are we, the people who have seen with our own eyes how the promise was broken, and heard with our own ears from my Rebbe that it is all about the human psyche anyway, still standing at synagogue? Why do we come together to perform a ritual that did not work, that no longer even offers help with anxiety? I am sure that there is more than one answer, but I will try to offer my own.

Freud argues that religious guilt is built on two cornerstones; one is sexual (as always), but the other, which I find more interesting, is selfishness. We pray to God to avenge us, because human revenge is both selfish and destructive, personally and socially. But now that we are not sure that God will indeed avenge us, why do we keep wanting not to be selfish? Because over the millennia of worship, God indeed shaped us in his image, and we have our own moral choices to make. Both post-Holocaust and post-Freudian, we know it is our own, not His, desires that we please. We chose to create a religion that is not based on guilt or anxiety, we bid farewell to God’s omnipotence. We have learned right from wrong and so perform our weekly ritual of casting away doubt, not in the goodness of God, but in the goodness of humans. We ask ourselves to police and impose and promise what He once did. Our decisions are the ones that matter. Much like a good Shabbat dinner with our parents, and going back to our childhood home, our services may be a form of giving thanks – for teaching us to be who we are, who we were, and leaving enough space for us to venture beyond those who have shaped us in their image. It is a ritual of yearning and longing – to the child that you were, to the orderly, protected universe we lived in, to the all mighty parents of youth. But we are adults. We don’t want to leave our aging parents behind. We follow their good teachings. In a similar way, we come to synagogue for two conflicting reasons – to re-live the age of less responsibility, and to assume responsibility beyond what we could have ever imagined as kids. We come for closure and healing, but we come to say that every time we make a moral decision, we share in recreating the world, that we too, have something to pass on.