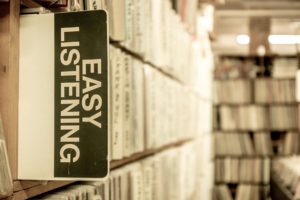 When Moses went into the Tent of Meeting to speak with [God], he would hear the Voice addressing him from above the cover that was on top of the Ark of the Pact between the two cherubim; thus [God] spoke to him. (Numbers 7:89)

In this verse from our Torah portion God is not referred to by one of the Bible’s many names for the Divine, rather God is called ‘et-haKol’ – ‘the Voice.’ Why, in this specific verse, is God’s name substituted in this way? What does it mean to hear the voice of God? Does this voice change over time or is it constant and stable?

The final verse of Parashat Naso reiterates many details described elsewhere in the Torah. Back in Exodus 25:22 God told Moses that, “I will meet with you, and I will impart to you – from above the cover […] – all that I command you concerning the Israelite people”.  In Leviticus 9:23 we are told how Moses and Aaron would enter the Tent of Meeting and, upon exiting, “the Eternal appeared to all the people”.  So the unique, additional detail that our Parasha relates is that the Tent of Meeting was a place where Moses would ‘speak’ (‘l’dabbeir’)  with, and ‘hear’ (‘va’yishmah’), the Voice [of God].

Yet God’s voice plays a significant role throughout the Torah narrative. In Genesis we learn how God spoke the world into existence. For example, “God said, ‘Let the water below the sky be gathered into one area, that the dry land may appear.’ And it was so”. (Genesis 1:9). Indeed, the Israelites themselves heard God’s voice during ‘Matan Torah’ – the giving of the Torah at the foot of Mount Sinai. This is described in Exodus 19 where we read how, “The blare of the horn grew louder and louder. As Moses spoke, God answered him in thunder”. As Adele Berlin and Marc Zvi Brettler explain, “The Hebrew verbs [in this verse] are iterative, indicating that Moses kept speaking and God kept answering him, what the people overheard was a dialogue”. On a broader note, the Torah contains numerous passages in which God speaks directly to Moses.

So what is it that makes our verse so special? I would like to suggest that this verse emphasises the unique way in which each person speaks to and hears the Divine presence. In Parashat Naso the emphasis is on a safe and intimate space in which one can communicate with the Eternal. This is not the God of thunder, lighting and smoke nor is it God as architect of the universe. No! This is a personal God to whom each of us can address our most confidential concerns, hopes and thanks. This is a God that each of us has the ability to hear!

The Divine presence is all around us, if only we can attune ourselves to hear its voice. For some of us we may hear God’s voice in the synagogue, for others in supporting family or taking walks with friends. Likewise, there is no single way to speak to God. Prayer, care, creativity, kindness and charity are all languages of the Eternal.  God is multilingual; fluent in all languages of the interpersonal.

By not using a particular image or set of images for God, God is not an “it”. Rather God is “you”, addressable by the individual in prayer, hope and trust. God is a personal God and thus prayer has a soul to it based on our personal relationship with God.

In a sense this is the basis for any meaningful relationship – embracing the multifaceted and unique within each person we encounter.  As each person contains within them the Divine spark, the best way for us to connect to God is to seek out and establish substantial connections with others.