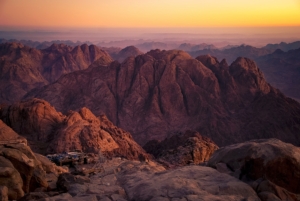 This week’s Torah portion, Nitzavim, comes after a series of diligently described curses, explaining the consequences that will befall the people if they choose not to obey God’s commandments. In Deuteronomy 30:19, Moses appeals to the people:

‘I call heaven and earth to witness against you this day: I have put before you life and death, blessing and curse. Choose life, so that you and your descendants may live.’

The choice is framed in the starkest of terms: life, or death. If we follow God’s commandments, by loving God, we will live a life full of prosperity and blessing. If we choose to disobey, we will surely perish.

We will read these words again in two weeks: during the Yom Kippur morning service if you are at a Liberal synagogue, and the afternoon service if your synagogue is Reform. They are central to the theological messaging of the Yamim Noraim; as such, commentators and sermonisers usually focus on the relationship between our choices, our actions and their rewards (and punishments). Sometimes, however, there is a piece of Torah that sticks with you so strongly that it is impossible not to write about.

You see, I said these words – choose life – a few weeks ago, at a memorial service I was leading for one of my close friends, who died by suicide in April. I began the ceremony with this reading from the Central Conference of American Rabbis’ Lifecycle Guide:

who struggled against her pain

but whose life became a burden that was too heavy to bear.

We realise that she loved;

and we realise that she did know light in her life.

(And we realise that when darkness overcame her,

We pray to her creator and divine fashioner

that her memory may live on

and that her troubled soul be at rest.

and so that we may continue our own lives

in the way that she could no longer.

I don’t know if the line in parenthesis is because some people find it better to leave the hardest things unsaid, or because the concept of suicide as a choice is problematic in Jewish teachings. The human life, made b’tzelem Elohim, in the image of God, is holy because God is holy (Leviticus 19:2); the prohibition of ending human lives in Genesis 9:5 is taken by the medieval commentators to also forbid ending one’s own life; if destroying one life is akin to destroying the entire world (mSanhedrin 4), this would not exclude those who destroy their own lives.

Suicide is significant in Jewish law because it prohibits traditional mourning rites, although notably just for the public, not the immediate circle of mourners. This has lead most notably (and I would add, cruelly) to people who died by suicide being buried on the outskirts of Jewish cemeteries.

Our sages, however, created a set of criteria which make it almost impossible for a suicide to be legally categorised as such. Primarily, one needs to be lada’at, effectively of sound mind, which ensures that those who die as a result of severe mental illness are still able to receive full mourning rites.

This could be taken as a cover for all who die by suicide, but masechet semachot goes further, giving detailed examples of legal exceptions. For a death to legally be a suicide, the individual must not only have been ba’da’at, but also (publicly) have declared their intention to die, and been seen while falling (in the process of the act). A child who acts out of fear of punishment, or because they have been threatened with a delayed punishment, does not count in this category. Later halachists have expanded the list of exemptions to include those who are minors, mentally incapacitated, drunk, or terminally ill.

I am grateful that rabbis, both ancient and modern, use these criteria to ensure those who die by suicide are not ostracised, defined only by their final act. I am, however, uneasy with the rationale, the thing these categories seem to have in common is their lack of agency and autonomy, they are unable to have made a choice.

Choosing life means something different to me this year. As I stand on the bimah on Yom Kippur and chant the opening words ‘Atem nitzvaim…’ I will be standing to commit to life, ‘so that I may continue my own life in the way that she could no longer’. Choosing life does not mean that yours will be filled only with blessings, despite what Moses insinuates. It does mean, though, a commitment to love: to loving God, which we do by following God’s instructions to love others.

My friend who died loved to read, and she shared this by sending books to those she loved. The last package that I received, during one of the lockdowns, included a book titled All About Love by feminist theorist bell hooks. I shared an extract from it at her memorial:

Love invites us to grieve for the dead as a ritual of mourning and as celebration. As we speak our hearts in mourning, we share our intimate knowledge of the dead, of who they were and how they lived. We honour their presence by naming the legacies they leave us. We need not contain grief when we use it as a means to intensify our love for the dead and dying, for those who remain alive.

It is a privilege to be able to choose life, to want to choose life. We cannot do this in spite of death, but because of it: to honour those who have died, and to fight for the kind of world they wanted to live in.