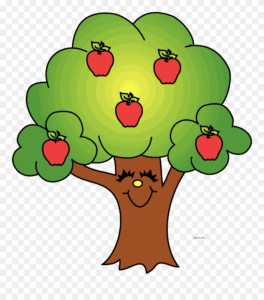 At the Root of Destruction

It’s not probably not surprising that ‘bal tashchīth’ is a slogan that rises readily to my mind. The phrase, meaning “Do not destroy,” is the G’mara’s tag for the commandment in Deuteronomy 20.19 regarding the responsibility of a besieging army to leave unharmed the fruit-bearing trees surrounding the city – “you shall not destroy its tree[s]” (lô°-thashchīth °eth-•ētzāḣ). Especially because of the emotive, anthropomorphic tinge to the rhetorical question that ends the verse – “Is a tree of the field a person, [able] to move away from you into the besieged city?”, this phrase has been taken up as a clarion call of Jewish environmentalism. This is more or less how I encountered it in primary school (complete with illustrations of benignly smiling apple trees) – an injunction to avoid waste and preserve the natural world, encoded as a Jewish principle.

True, the very next verse of Deuteronomy reuses the verb to specify that when it comes to a tree known not to bear fruit “you may destroy it” (°ôthō thashchīth), nor does ‘bal tashchīth’ in rabbinic literature come across as an unambiguous rallying cry of ecological sensitivity. But Progressive Judaism encourages us to use the language of our tradition to articulate and investigate the ethical imperatives of the present, and simultaneously deems it worthwhile to explore the multiple dimensions of these words and phrases as they appear through time and text.

Indeed, multivalence is incorporated into rabbinic writing and Torah itself – the very same ‘bal tashchīth’ phrase crops up in rabbinic discussions, referring not to trees but to the (arguably environmentally irrelevant) ruling against men destroying their beard’s side-growth in Leviticus 19.27 (v’lô thashchīth…). Perhaps a less obvious use of the hif•īl verb form of the three-letter root shīn-chēith-tāṿ – but possibly an understandable word-choice for cutting (down) in the context of ritual-oriented Leviticus.

Nor is that the only place where the shīn-chēith-tāṿ root is relates to human physiology – it appears (in the pi•ēl verb pattern) in the story of Onan (Gen 38.9) and in describing the case of a slave-owner who destroyed their slave’s eye (Ex 21.26). The former accentuates the nuance of wastage; the latter, a sense of something irretrievably ruined, irreparably damaged.

Thus do we come to the first word of the third verse of Parashat Noach (Gen 6.11), meeting the the shīn-chēith-tāṿ root in its passive, nif•al, form – “The earth was ruined (ṿattishshāchēth hā°ā́retz) before God.” It’s a phrase paralleled in Exodus 8.20 – “The land was ruined (tishshāchēth hā°ā́retz) because of the swarm” – emphasising the physicality of the degradation alongside the sense that this is both a reflection and result of moral collapse. The earth itself seems to have become a casualty of the ethical violations of its inhabitants. I can’t be the only one for whom this thought brings on a wave of nauseating recognition.

The next verse begins “And God saw the earth and found it was ruined (nishchā.thāh),”, with the only other nif•al form of shīn-chēith-tāṿ in Chummash coming in conjunction with word ‘hinnēh’ which puts us into God’s perspective and matches it to the objective description of the previous verse.

And yet within the same verse we find another form of shīn-chēith-tāṿ – the hif•īl pattern we saw in ‘bal tashchīth’. No longer the vague passives – now we have to endure God’s realisation that the earth has been spoiled “because all flesh had corrupted (hishchīth) its way (darkō) on the earth”. Here it is not so much physical destruction, as a term for pernicious behaviour – indicative of the way creation has veered off the course God had hoped to see it follow. This form of the verb resurfaces in Deuteronomy 4.16 (pén-tashchithūn) and 25 (ṿ’hishchattem), reiterating the instructions given to B’nei Yisrael not to behave corruptly by making idols, and returns in what are almost the last words of prose Mosheh speaks to B’nei Yisrael (Deut 31.29) where he grimly anticipates, with a certainty conveyed by the duplication of the verb (hashchēth tashchithūn), that after his death they will indeed act corruptly. There, as in Gen 6.12, this is explicitly conceived of as a departure from the way, the dérekh, that has been set before them.

Describing the misdemeanours of B’nei Yisrael is what shīn-chēith-tāṿ seems to do in its slightly opaque final appearance in Chummash (Deut 32.5), now in the pi•ēl verb pattern and perhaps with a sense of “ruin things for Him” (shichēth lō) -i.e. for God, whose ways (d’rākhāyṿ) of justice are described in the preceding verse. So too in the only appearance of the root in Numbers (32.15), where it is applied in a more limited way to the tribes of Reuven and Gad, but again connected to Mosheh’s fear that “if you turn away from Him [God]…you will ruin things (ṿ’shichattem) for this whole people.” And it is this form of the verb that brings in the story of the Golden Calf – God tells Mosheh at Ex 32.7 “your people have ruined things” (shichēth •amm’khā), and Mosheh quotes these words of God in his retelling of events in Deut 9.12.

But this is an episode where the reverberative quality of Biblical Hebrew, comparatively poor in roots but rich in echoes, comes to the fore. Because later in this retelling, Mosheh includes his prayer to God – “do not destroy your people” (°al-tashchēth •amm’khā, Deut 9.26). The repetition of •amm’khā accentuates Mosheh’s linguistically attentive reply to God’s accusation, but it also leads us to consider the destruction that God brings about – and God’s destruction is perhaps most infamous in Parashat Noach – with an awareness that it is reactive, responsive, reciprocal.

If we cast our lexical nets wider, we see that most of the uses of the root as relating to B’nei Yisrael’s misbehaviour come with a concern about Divine retaliation. But the specific shīn-chēith-tāṿ pairing of a ruined earth inducing God’s destruction is subtly alluded to in Exodus – 20.8’s “the land was ruined” (tishshāchēth hā°ā́retz) is later picked up by the word traditionally taken to refer to the Angel of Death, “the Destroyer” (hammashchīth) at 12.23. Here in Noach, the sequence is powerful – only after the threefold appearance of shīn-chēith-tāṿ in verses 6.11-12 – the first occurrences of the root in Torah – does God, as though goaded past endurance, announce to Noach with the hif•īl participle “I am about to destroy them (mashchīthām) with the earth”, repeating a few verses later “I am about to bring the flood… to destroy (l’shachēth) all flesh” (6.17). The imagery and theology is complex. But ultimately, destruction and ruin engenders destruction and ruin, however we assign source, cause and agency. This is a terrifying component of our predicament with regard to today’s ruined earth.

The question of how we confront the emergency is still open. Certainly our Biblical protagonists deal differently with their respective crises. Noach is informed of God’s destructive intent but doesn’t challenge it – he does what he is told, saves the privileged few and lets the rest of existence disappear into the floodwaters. But this is not the end of Divine destruction in the first book of the Bible – in fact, of the 17 occurrences of shīn-chēith-tāṿ in B’reshit, over half (9) are hif•īls or pi•ēl infinitives relating to the destruction of S’dom and Amorah (13.10; 18.28,28,31,32; 19.13,13,14,29). This is largely because it is a key term in Avraham’s haggling with God to save the righteous. And yet, despite Avraham’s efforts, S’dom and Amorah are annihilated. It takes Mosheh – who, at the highest of personal risks, pleads on behalf of what he agrees is “a stiffnecked people” (•am-ḳ’shēh-•ốref, Ex 34.9) – to successfully avert God’s stated intent to destroy them, as he recounts in Deut 10.10 “God agreed not to destroy you (hashchīthékhā)”. As for us, we must be vigilant against retreating into an ark of privilege, or devoting our energies to calculations of what life is ‘worth saving’ and instead, tackle the issue directly as Mosheh does.

Perhaps there is a tiny glimmer of optimism-igniting purpose, too, in the appearances of shīn-chēith-tāṿ in the covenant God makes at the end of the Flood story, at 9.11 and closely repeated {differences bracketed} at 9.15 – “I will establish {/remember} my covenant…so there will never again be {waters becoming} a flood to destroy (l’shachēth) the earth {/all flesh}” – shīn-chēith-tāṿ in the context of a promise not to repeat such total destruction.

And the covenantal frame reminds us of the reciprocity of this relationship – of the cycles of destruction we must break – of our need to draw deeply on the phrase bal tashchīth as we so desperately need to hear it now, and hope that if we hear it and act on it, God will too.

As always, Torah is adamant that actions have consequences and deliberate departure from the path God sets out has harsh ones. We know the direction of the pathway we must follow to save life on earth – I see that as God’s path – but whether we have the determination to return to it and persevere on it remains to be seen. Hopefully the last few weeks have opened our minds to the paths to which we must return as we considered our need for t’shuvah. And Torah holds out that hope for us too when, at 4.30-31 in Deuteronomy, Mosheh relents from his pessimism to use shīn-chēith-tāṿ to comfort us with the prospect that – “when you return to the Eternal your God… He will not destroy you (ṿ’lô° yashchīthé.khā)”.