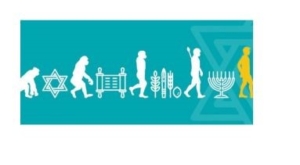 Witch hunts, Jihads, Crusades, Inquisitions, Civil Wars and Genocides. And in our own time, among our own people: the settler movement.

It’s hard to square with Scripture we like to cite:  Jews purporting to be pious purloin land, driving off the families who’d lived on it for generations, levelling their homes, terrorising their children and slaughtering the livestock that’s provided subsistence earnings for communities that mean no harm to anyone, in the name of a people, a nation, a country consecrated and bound by a covenant to “do justice, love kindness and walk humbly with our God.”

What kind of piety is this that seems patently to flout our foundational text, with its emphasis on “justice, justice”? What kind of fidelity is this to a faith that says each and every one is made in the image of God? What kind of devotion does this display to the concept of tzitzit, meant to remind us to among other things, love our neighbours as ourselves—the very tzitzit that dangle from the settler’s clothes as they uproot fruit-bearing trees, hurl rocks and demolish houses.

How can they wield our faith, with its tenets of justice and loving kindness, as a weapon?

Have they even read Tanakh?

Well, yes. In sad fact, they have.

Vexingly, those of us inclined to cite scripture to disavow the settler movement can’t go at it with righteous abandon.  We may prefer to draw from Micha and Kedoshim, but we have to make an honest reckoning with this week’s Parashah and its namesake: Pinchas, an avowed zealot, and acknowledge there is textual justification for Jews who model their practice on his example rather than our preferred precepts, Tikkun Olam and all that.

To remind you: Pinchas,  pumped with pious zeal, breaches the bed chamber where a fellow Israelite is enjoying the company of a Midianite woman. The pair are emblematic of what the Israelites at large are getting up to, succumbing to seduction by worshippers of Baal in violation of their covenant with God. Pinchas stabs them both, an act that is no less brutal for the fact it proves redemptive for all of the people.

God praises Pinchas, who, God declares “zealously acted for my zeal” and rewards Pinchas with His “Covenant of Peace”. It seems we’re being told that zeal on God’s behalf justifies violence, even murder, proscribed by God’s own commandments. What gives?

God rewards Pinchas, yes. But only so much. God goes on to distinguish between zealotry and leadership. You could say that the Covenant of Peace God grants Pinchas is a “thank you for your service”; rather than pass to Pinchas the mantel of Moses, God invests Pinchas in the priesthood, where presumably he can’t further weaponize his zealotry.

Perhaps we can interpret God’s move to marginalise Pinchas as a mitigating factor—a way of conveying that while it can be a good thing to act in the heat of zealotry,  leaders have to know when to cool their jets. The impetuosity of the zealous makes them untrustworthy, and as we see in the character and fate of Elijah in this week’s uncannily well-matched Haftarah (Kings 18:46-19:21), prone to self-aggrandisement, neither of which are particularly pleasing to God (a self-proclaimed zealot—something worth further examination).

But then consider whom God chooses as the successor to Moses: Joshua, who while not tagged as a zealot, sure acts like one. Joshua proves up to epic ethnic cleansing in the name of God and His people, projecting, as Yale Divinity School’s John Collins observes, “a model of the ways in which Israel should relate to its neighbours.” And for those of us who dismiss the gruesome account of how Joshua went about vanquishing the Canaanites as hyperbole, allegory or outright fantasy, Collins in turn quotes James Barr, who writes, “the problem is not whether the narratives are fact or fiction, the problem is that whether fact or fiction, the ritual destruction is commended.

We create a problem for ourselves when we insist that our rejection of settler violence is more consistent with Scripture than their assertion that they are acting in full accord.  Nor can we sort this by resorting to scholarly analysis, appealing to JEPD sources to discern that God approves violent extremism in this contingency and to that degree, but not this or that. Nor, finally, can our movements or we as Rabbis unilaterally declare textual incitements to violence obsolete, which is basically where we are in this dispute today.

So how do we solve a problem like Pinchas?

We can look at Tanakh as a kind of People’s Progress, from tohu va vohu through several iterations of mankind, to the sloughing off of sacrifice, toward the weaning of humanity from the direct authority of God. We have progressed to the point where we act under our own agency, free to choose which values will guide us and to exercise or not the power to promote them over the regressive, violent principles also embedded in the text. Moreover, we are given the Covenant several times in a narrative trajectory that brings us from atavism toward refinement, from corruption toward morality, from Pinchas, who is praised by God for his zeal in this week’s Parashah, to Elijah whom, in the words of Rabbi Shai Held [1],  God “fires” for his zealotry in the accompanying Haftarah. This progression continues beyond Tanakh—the early Rabbis recognised the ethical hazards of zealotry and subjected the tempestuous zealot Elijah to a moral makeover. In the words of Daniel C. Matt, author of Becoming Elijah, in Talmudic legends, we find Elijah “evolving from a Zealot into a compassionate hero”.

Most of us in the Reform and Liberal Movements identify as Progressive Jews, as if to be a Progressive within Judaism is a choice, like a political affiliation. But the marginalisation of Pinchas and the re-purposing of Elijah demonstrate that Judaism itself is progressive, and naming ourselves Progressive Jews is to call ourselves “Jewish Jews”. If we read this week’s Parashah with that in mind, we can acknowledge the influence and impact of the zealot for whom it is named and celebrate his diminished relevance relative to our ever-emergent Faith