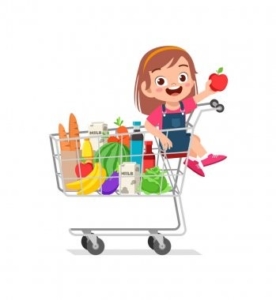 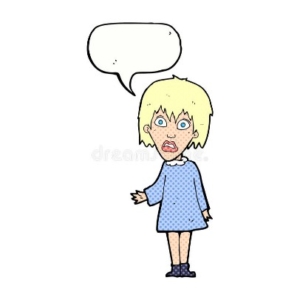 When the Rules don’t Make Sense

“You lazy little girl! Why aren’t you helping to tidy up?”

I had only been at school a couple of weeks.  It was the end of a lesson and I was conscientiously sitting very still in my allotted seat, with my arms folded as we had been taught, hoping to be rewarded with praise – except that I had completely failed to grasp that on this occasion a different behaviour was called for.  This was the first time I had ever been publicly rebuked for anything. I was devastated, but also quietly indignant.  It didn’t make sense. I was actually trying to be ‘good’.

More recently, I watched an exasperated parent in a supermarket snapping at the toddler sitting in the shopping trolley, who kept reaching out to grab items from the shelves, adding them to the parent’s collection.  Looking at the child’s perplexed face, I fancied I could read her thoughts:  “At home, everyone laughs and thinks it’s great when I help by copying the dusting or gardening.  Why are they cross when I copy them in the shops?”

Sometimes children are deliberately naughty:  teasing, pushing boundaries, seeing what they can get away with.  Just as often, however, they get it wrong because they misunderstand a situation, or are over-excited.  Sometimes it is because the ‘rules’ simply are not clear enough.

Of course, this is not just about children. As an adult who tries to be genuinely open to fair criticism, what drives me crazy is not being corrected per se – it is finding that I have erred through no fault of my own, or worse, when someone makes wildly incorrect  assumptions about the motive behind my misdemeanour.

In this week’s parasha Shemini, we read about the culmination of the process of establishing the Israelite priesthood, as Moses confers that role on Aaron and his sons.  There is a complex ritual involving a series of different sacrificial offerings, meticulously observed; periods of seclusion in the Tent of Meeting;  words invoking divine blessing on the people, all apparently meeting with divine approval.  Then we read the shocking sequel:  Nadav and Avihu, Aaron’s older two sons, ‘bring alien fire’, getting something badly wrong and they die as a result.

We really don’t know the ‘whole story’, let alone the motivations which led to the incident and its tragic outcome. There was clearly some misunderstanding of the situation.  It doesn’t make sense.  Needless to say the commentators speculate, each making a different suggestion about what exactly Nadav and Avihu did wrong, and why, and how that may be inferred from the biblical text.  They used incense inappropriately; they took fire from the wrong part of the altar; it was not their ‘turn’ to bring an offering; two priests should never perform a ritual simultaneously.  They were inebriated.  They were jealous of the older generation and disregarded them.  They presumed to teach in the presence of their elders.  Each suggestion probably tells us more about that commentator and their preoccupations than it does about Nadav and Avihu.

Compounding this mystery is a paradox.  Divine approval of the preceding ritual was indicated by the phrase ‘vateitsei esh milifnei Adonai vatokhal….’ (fire came forth from the Eternal and consumed the burnt offering…. (Leviticus 9:24).  Just two verses later, the identical phrase describes the fate of Nadav and Avihu: ‘fire came forth from the Eternal and consumed them, so they died….’ (Lev 10:2).  Does this mean that Aaron’s sons were in some shocking and inexplicable way part of the inaugural sacrifice?  Or that the identical words and the identical phenomenon can have completely opposite meaning?  The same fire which denotes divine favour can also be lethal.  Robert Alter suggests that ‘the zone of the holy….is intrinsically dangerous and …..radically ambiguous’.[1]

There is a paradox too in our other reading this week (Numbers 19: 1-10) – that of the Parah  Adumah (‘red heifer’) from whose ashes a potion is made which can release a person from the state of ritual impurity incurred by contact with a dead body, so that the person can be restored to the community.  Yet the production of this substance actually confers temporary impurity on those involved.   The same substance both ‘purifies’ and ‘defiles’ – how can that be possible?

This passage about the Parah is often cited as being the epitome of paradox, and of a biblical ‘hok’, an instruction which defies rational explanation.  One person might accept that without further questions, seeing the challenge as an expression of faith and commitment. Another might reject on principle a set of rules which defy or run counter to rational sense.  A compromise was suggested in an article by a Reconstructionist, Rabbi Michael Cohen. He proposes that we should aspire to be ‘paradox Jews’:

“…to understand that we cannot explain everything… to search for meaning and understanding while at the same time to also live knowing that may not always be possible.“ [2]

That seems to me to be a position which requires a challenging mix of faith and logic, confidence and humility.

The child in the supermarket will gradually learn that the rules are not always consistent, and may not seem to make sense at the time.  The child in the classroom understood that she had made a mistake (but continued to resent the assumption that she had been deliberately defiant or lazy).

Perhaps I have always been a ‘paradox Jew’.