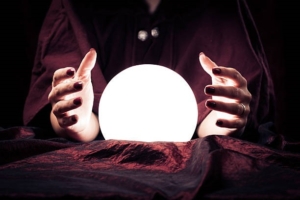 “Sorry I can’t talk longer, I’ve got to write a short d’var on shoftim” I said, before gently trying to shoo my conversation partner in an attempt to hang up the phone. “The whole book?!” she asked, somewhat shocked. Chuckling, I explained that it was not the Book of Judges that I’d be writing about, rather the parashat ha-shavua which seemed to relax her a little, even if it did not calm my own panic.

Strictly speaking, one might be more comfortable with translating the name of the portion as magistrates or perhaps officials, but semantics aside there is no denying that the portion is replete with specific, pointed, mitzvot regarding the establishment of sound governmental structures, and just legal systems, declaring in Deuteronomy 16:20 “justice, justice you will pursue.”

This oft repeated phrase could well be argued to be the defining principle of (Progressive) Judaism, and the basis for many of our ‘charitable’ endeavours, but it is well worth remembering that whilst we readily translate tzedakah as charity (which comes from a Latin word related to caring), the words tzedakah and tzedek share a root which is related to righteousness and uprightness – and, I would argue a much better explanation for our pursuit of social justice.

Justice, however, is not the theme that jumps out the most for me, during this week’s parashah. Rather, year on year, I find myself struck by the question that the portion raises concerning prophets and prophecy, and moreover the further question that it raises regarding how we Jews should interact with other forms of monotheism.

When we think of the term prophet these days, it probably does not conjure up particularly positive images, and I would argue that this is because of the general dislike of religion in the modern world. Prophets are found in almost all religions I can think of, and are regarded as people in contact with the divine and as a result being able to speak on behalf of the divine, and act as a voice of intercession between humanity and God. The English word prophet itself comes directly from a Greek word whose basic meaning is to foretell future events; the Hebrew word is a little more complicated than that.

In Deuteronomy 18:18-19, we are told that God spoke to Moses saying “I will raise up for them from among their own people a prophet like yourself, in whose mouth I will put My words and who will speak to them all that I command; and anybody who fails to heed the words [the prophet] speaks in My name, I Myself will call to account” – perhaps it is here in this sentence that we learn the true meaning of the Hebrew word navi which we so readily translate as prophet. Alone, we can see that the word navi comes from an old Akkadian word, nabu, meaning “to call” and so we might happily accept that either the prophet is the one who is calling, or who has been called by God for a specific purpose. Rashbam goes further, however, when he reasons that the word denotes an openness, or hollowness, and therefore represents the prophet’s vessel-like status as a receiver of mystical wisdom … the navi must make themselves “open” and ready to receive.

I would wager that it goes without saying that we all know that Moses is the prophet par excellence, and that we all know among the Patriarchs and Matriarchs there are also those that are considered prophets because of their openness to receive communication from God, and in some cases, having actually done it. There are in fact some 50 or so prophets and prophetesses in our history, and this week’s portion warns us quite clearly that whenever a prophet arises among us, and speaks in God’s name, then we are to listen.

Already I am starting to realise that I could at any point start sounding like a fanatic, and what is more, I am already starting to feel uncomfortable with the idea that if someone stood up and said “I am a prophet of God, it is your duty to listen and do as I say.” The prophet, whenever she or he arises, stands in a position of authority because of their ability to communicate with God and on behalf of God; in a hierarchy of authority, the prophet stands next to God above the monarch and the High Priest and this is why through history they have been beloved by many, but feared and considered dangerous by many others.

In 1 Kings 22:13-28 we learn that Micah was imprisoned because he upset the king, Jeremiah likewise was beaten and thrown into prison from where he cried out his famous line, “and I was like a docile lamb that is led to the slaughter” (Jeremiah 11:19).

Other prophets lost their lives because of their calling; Uriah was killed by King Jehoiakim (Jeremiah 26:20-23), and Zechariah was stoned to death (2 Chronicles 24:20-21).

The prophet, by their very nature is called to shake things up. The prophet’s sole purpose as far as I can see is to threaten the comfortability of the status quo and to hold the leaders of their time to account by speaking out on behalf of the downtrodden, the unprotected, and the needy.

What though, should we do when a prophet arises? And what if the prophet does not recognise themselves as such or want to be recognised as such?

Every year there is one or another that warns of an impending rapture, that the world will end tomorrow or perhaps next week but these prophecies have expiry dates, and if it does not happen, then the person is not a real prophet – perhaps this goes without saying?!

The prophecies in our texts are profound, but in many ways they are vague and they certainly carry no expiry date. The prophecies in the Christian Bible are profound, and full of cosmic imagery, but they too, are vague enough to be applicable to a time that has not come yet. Nobody can say they are wholly “wrong” because despite not yet having happened, they do not carry a date for happening.

I am conscious that the idea of listening to, or even looking out for, prophets might be controversial in an age defined by reason and rationale, but I am also conscious that the prophets sought to make change, they sought to bring God into the world through action that made a change to people’s lives for the better. Perhaps then, instead of looking out for prophets, we ought to be them.