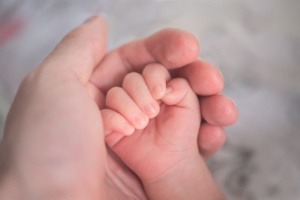 On Separation and Community

Note: In this D’var Torah I will speak of “women” and “mothers,” but this is shorthand for anyone of any gender who births a child. I acknowledge that motherhood/parenthood is not desirable/possible for all and that these are valid ways of being. If pregnancy and birth are triggering things for you to read about, you may want to give this D’var Torah a pass for now.

“Trust me, you’re going to want to take a few days just for yourselves on the other side of the birth,” the doula we were interviewing told us. My husband and I are expecting our first child in August, so we have been doing our best to prepare ourselves for something that ultimately cannot be prepared for. My first thought was that the doula didn’t get us at all: We are both community-minded people. Why would we want to separate ourselves? And then – I promise I didn’t plan this – I had to sit down to write this D’var Torah about Parashat Tazria.

It turns out, Parashat Tazria feels similarly to the doula in question, prescribing a period of ritual separation for a postpartum mother: if a she gives birth to a male child, she is tameh for 7 days until the circumcision, then she spends an additional 33 days apart to complete her toharah period; if the child is female, the mother is tameh for 14 days, plus an additional 66 days for toharah (see Leviticus 12:1-8). In other words, a period of separation following birth is very old wisdom.

The words “tameh” and “tahor” (“toharah” is the process by which something becomes “tahor” or the state of being “tahor”) are very tricky, and often poisoned by clumsy translations that render them “impure” and “pure” respectively. These translations are misleading, since they carry a sense of judgment which might not be there in the original Hebrew. Simply put, if something is tahor, then it is fit for Temple service. If something is tameh, it is not. Rachel Adler posits that as human beings, we are creatures with both mortal and immortal elements. Tum’ah (the state of being tameh) and toharah are states that occur as a result of those elements. She writes:

“Tum’ah is the result of our confrontation with the fact of our own mortality. It is the going down into the darkness. Toharah is the result of the reaffirmation of our own immortality. It is the re-entry into the light. Tum’ah is evil or frightening only when there is no further life. Otherwise, tum’ah is simply part of the human cycle. To be tameh is not wrong or bad. Often it is necessary and sometimes it is mandatory.”

Lots of things make a person tameh – not just childbirth. Seminal emissions (the loss of one’s life force and the seed of life), menstruation (the shedding of the life-giving potential of the womb lining), tzara’at (a highly contagious skin disease), coming into contact with a dead body, to name a few. In each case, death touches the life of that person. However, most periods of separation are shorter than for childbirth. 40 and 80 days are disproportionately long. (A side-note about the difference in separation time for a male vs. female child – nobody really knows why, but here are some theories I liked: 1) Mary Douglas suggests that our ancestors believed that a woman and her newborn were particularly vulnerable to attack by demons and evil spirits. They also believed circumcision had protective power, so a male child and his mother didn’t need as much time apart, since they were protected by the circumcision. 2) Adler suggests that the birth of a potential life-giver by another life-giver would have compounded the time needed for a return to equilibrium.)

So why such a long time? Rachel Adler would say that it is because the brush with death is so great. Thankfully, this was far more of a reality for our ancestors than it is today. I feel lucky to be giving birth in 2022, with a supportive team of midwives, nurses, dieticians, doctors, sonographers and more. The risk to me and to my future child – keyna hora – is not what what it was for those who came before me. However, as somebody with a pregnancy that is considered higher-risk – diabetic, epileptic, 36 years old – I am constantly aware of all the things that could go wrong. Every time I test my blood sugar, eat a meal, take medication, do exercise, attend one of my many appointments at the Royal Free Hospital (where I am in the waiting room right now), I am reminded of the risks for me and my baby, and how dangerous birth can be. My amulets are my glucometer and my insulin – very effective ones indeed! – but all we can do is mitigate risk, never remove it entirely. Even the healthiest woman faces her own mortality when she approaches the threshold of birth.

But birth is also a time of great closeness to the divine – or so I’ve heard (I’ll report back later). What act is closer to imitatio dei than creating human life? The first mother, Eve, expressed this, “kaniti ish et Adonai” – “I have created a man with/through God” (Gen 4:1) – drawing attention to the sheer power of bringing life into the world, the ultimate partnership between human beings and God.

After an experience like that – not just physically and mentally exhausting, but also spiritually intense – how can anyone be expected to go back to the realm of the everyday?! Not to mention the practicalities, as well as the small and large miracles, of learning to care for a new small person. To be exempted from communal responsibilities feels like a blessing, not a curse. Furthermore, we may assume tumah was a time of deep isolation, but this might not have been the case – and indeed, has not always been the case. In the Ethiopian Jewish community, the postpartum period of separation was observed up until recently. Sheryl Mendlinger and Julie Cwikel describe this ritual in their article “Health Behaviours over the Life Cycle among Mothers and Daughters from Ethiopia.” For the 40 or 80 day periods, a woman would “would separate herself from her spouse and family by going to the yä-däm-gojjo (the hut of blood).” During that time, of their interviewees reported:

“You sit in the hut, and you don’t come in contact with people. Other women from the family would prepare food for us and bring it to the hut. They would also take care of the husbands and children who stayed at home. We wouldn’t work. You don’t do anything the entire time. This is very good.”

This woman “emphasized the importance of the postpartum break from everyday responsibilities, in which the new mother was surrounded by other women who helped take care of her, allowing her to bond with the infant and physically recover after birth.”

When I told my own mother about this, she responded: “Sounds great! You get a whole village worth of doulas!” I have to admit, it sounds pretty appealing to me, too (minus the bit about separating from one’s spouse).

Childbirth is a brush with mortality and an encounter with the Divine. It is an initiatory experience that requires both spiritual and physical recovery. Parashat Tazria invites us to be present with the miraculous aspect of birth, even in a period where we are blessed with the support of modern medicine. In light of this, a period of separation from the everyday, such as the one prescribed in Leviticus, makes perfect sense. However, we should not assume that separation means isolation. Separation can be a community affair, an invitation for support. Parashat Tazria invites us to consider what kind of support we might need when we undergo initiatory experiences (of which birth is only one), as well as how we, as a community, can support one another in the aftermath of moments in which we come close to the ineffable.