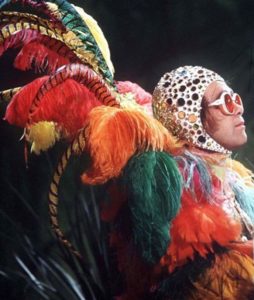 For most of us, there are two types of Torah readings that we find harder to identify with: those which have to do with mass killings and those which describe the building of and serving in the Temple. Progressive Judaism, as some of you know, has given up on the Jerusalem Temple ever being rebuilt. In fact, it dreads it. Almost 2000 years after the end of sacrifice, it is hard for us to think of slaughtering animals and consulting a human wearing an ancient version of an 8-ball as practices that are Jewish, or that we wish to restore. Our prayer books still include passages convening the wish for Jerusalem to be rebuilt, and for God to help in the process, but omits what for many Orthodox communities, is the end of the Amidah: A request from God to rebuild the temple promptly, in our days, granting us the opportunity to fulfill indeed all of the mitzvot. Yes, even those we are now unable to because they are connected to the temple. However, even among the Orthodox, the idea of restoring Judaism as a sacrificial cult is alien. Nevertheless, we do, even if contrary to progressive teachings, still care about who is a descendant of people who offered animals up at the Temple. The magic of the Cohen name is still with us, even if the people who carry it have done nothing to merit it, and are not better than the rest of us, as far as I can tell. This week’s parashah offers us the moment of the genesis of the myth, in a description of Moses being instructed which cloths he should make for Aaron and his sons, going into details that would not shame British Vogue: “And they shall make the ephod of gold, of blue, and of purple, of scarlet, and fine twined linen, with cunning work. It shall have the two shoulder pieces thereof joined at the two edges thereof; and so it shall be joined together” (KJV); and on top of this garment, of course we have the precious stones: the two onyxes of the ephod and the twelve gems of the Hoshen.

A lot of work, money and artistry goes into this design, which is hardly necessary: up until this point Aaron fulfilled his priestly duties without any special garb. But with the building of the tabernacle thoughts about decorum come to take a more central stage. If worship is now to be preformed, to become a public display, and if what is built now will last beyond the lifetime of Aaron, to whom God spoke directly, the visual, and not just the auditory will become important. Up until this point in the Torah revelation was mediated mainly through sound. God spoke to Moses, Moses in turn spoke to the people, and pyrotechnics were not involved. Even in the single event that involves those, on Mt. Sinai, the people ‘saw the voices’. So why the interest in fashion suddenly? Our parashah is the one that first consecrates Cohanim. Aaron and his sons are named, and the process of their transformation begins. As we all know, the suit makes the man, and garbing some people in gold, purple and scarlet is still very fashionable in some churches. The elaborate, often exaggerated dress that different performers – from sportsmen, to pop singers to Popes wear, is designed ironically to strip them. Becoming one with the costume, means being less and less one’s self. We need the elaborate dress, they tell us, to stop us thinking about Boris from the cycle paths, and Jenny from the block as the idiot that splashed us and the woman who hanged her washing over ours. If there are to be generations of priests, not just the Godly, peace seeking man that Aaron was, it is what’s on the outside, rather than what’s on the inside that will matter, the suit will need to make the man. The priest’s job is ritual; it does not require him to be anything but perfect in body, and to know the drill, to oil the machine of ritual slaughter, small sacrifices, taxes. Whether he is a social justice warrior or the type that would open tuna cans on the bus, once garbed, as if by magic he meets his true destiny: to be a vessel, and not only for  the tuna. Performing, and performative space, the mishkan and the Cohen, are part of a drama that is bigger than them. A Cohen does not have land, and is supported directly by the people, or rather, by the by product of the people’s devotion to their God. Giving up on hereditary wealth, independence,  individuality is the price paid for being closer to God, for mediating between Him, who needs not work and, as Psalms tell us, is clothed in light, and us, who toil, and wear whatever is on sale. So why not uphold the fixed, repetitive and glorious image, given to us as we lost the close voice of God, talking to his prophets? Why not chose the most beautiful, the best dresses, the richest, the most theatrically endowed and musically gifted as our congregational leaders? Why not create the splendor of tetzaveh? Are not our prayer leaders, sermon givers, Torah chanters actually performing artists?

Why shouldn’t we make them wear something more than a tallit, and a kippah? Do we not stand in front of God, and on stage, when we pray? It is precisely because we are not priests,  and represent no-one but ourselves that we need not look less human in human eyes. To God our garb doesn’t matter. Following this logic, we should have maybe also abandoned the tallit, as many have. But I believe that in its lack of splendour it enables us all, the stylish and the simple, the singers and the tone-deaf, the pillars of the synagogue and the occasional guests, to strips to our bare soul, standing alone, yet together, forming polyphonic plead. We make mistakes, we forget to rise, or turn, or bow, we pronounce the Hebrew badly, we know, but others do it right for us. At other times, the power of one broken heart uplifts the prayer, the joy of one spreads to others, and we remember that our communal house is alive when the people in it feel connected, when the priesthood and its glory are left behind. Ironically, the glamorous priestly dress reminds us that the men in it are ordinary, but our simple uniform, the tallit, reminds us that we cannot hide behind a costume, and that while we stand alone before God, it is the diverse collective of equal yet different individuals that makes us stronger.