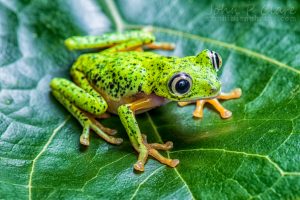 The ten plagues and modern politics may seem entirely unrelated.  But in terms of what they represent for our understanding of human psychology, and political behaviour, the eposide is significant.

Va’era begins with the commanding of Moses and Aaron to go to Pharaoh to demand that the children of Israel be allowed out of Egypt.  Pharoah refuses, and both he and the Egyptian community are punished with the first six plagues, from the turning of the Nile into blood, through frogs, lice (or gnats), flies, cattle mortality, and boils.  The plagues become increasingly heavy to bear.  The next passage, Bo, concludes this part of the story with the final and worst plagues, Pharaoh’s capitulation, and Pesach ordinances.  The Israelites are of course later on allowed out of Egypt and the whole Mosaic covenant unrolls as a result.

God stage-manages the whole process of extracting the Israelites from Egypt.  Moses asks Him why he has been sent for, and God tells him His plan.  God had previously promised Abraham that his descendants would occupy the land of Canaan, and Moses will be an integral part of this process.  This will involve speaking to Pharaoh, a hardening of Pharaoh’s heart by God, and a multiplication of God’s signs and wonders in the land of Egypt, leading to the Exodus.

There is very little or no free will or human choice in the process.  It is debatable whether Pharaoh had his heart hardened by God after all the plagues:  for some of the earlier plagues it is stated that Pharaoh himself hardened his heart.  But Pharaoh is not given much of a chance to escape his destiny.  Neither are the Egyptian people, who are hit with increasingly horrible plagues and ultimately with one of the worst human experiences possible, the death of a child.  Nor are Moses, and Aaron.  Moses and Aaron could have said no to God, but it is difficult to do so to a Deity with a command, and particularly so when you are a slave being offered liberation. Once the ball has started rolling, there is no opt-out for anyone.  The entire community has to be liberated together, and subsequently endure the same collective trials and tribulations on their way to Canaan itself.

But the Israelites as a whole did not have much free will as slaves in Egypt either, so they prefer the prospect of national self-determination and an uncertain future to their current predicament.  It may be that they were incapable of thinking for themselves sufficiently after years of slavery, and that God’s leadership in this form was necessary to enable them to enter a world where they could begin to behave as full adults again.  It is certainly true that once removed from the oppression of Egypt, they soon begin to think for themselves, and disobey.

We are certainly no longer so confident today that our human destiny is being steered by God.   The Holocaust represented for many a horror too far to be compatible with an interventionist God, and the result is a universe where God seems further away and more incomprehensible.   And if God is not steering the ship, who is?  Is it our rational selves, or are there other forces at work determining our destinies?

Modern psychology believes that humanity as a whole does not have untrammelled free will.  Freud theorised that we are not master of our own house, being the playthings of the subconscious.  We can exercise some self-control, and our rational being can try to make sense of what is going on within and around us, and our response to it, but this is imperfect and inadequate.  Different people will in any event have different capabilities in this area.   We appear as a species to be moving away from an Enlightenment confidence in the rationalism of the mind, away from a Maimonidean confidence in free-will, towards a focus on the heart being on the bridge of the ship.

There are dangers in the heart being in charge.  Pharaoh himself may have made choices during the plague episode based on fear, pride and anger, and these may have driven him towards the final plague, the dreadful death of the firstborn.  This sort of emotional response is evident in modern society, where politics increasingly feeds on emotion, particularly when relevant information is inadequate, untrusted or absent.  More rational forms of religion are also retreating as the popularity of fundamentalism, spiritualism and superstition increases.  But there can also be benefits: hope and trust motivate the Israelites, and without this spur it is unlikely that they would have been sustained throughout the Wilderness period.

In such a world of emotional response we have to be careful, however, to encourage the ability of the individual to control himself, and promote his ability to do so.  We must educate the mind to maximise its ability to make judgements based on experience and implement them.  We must avoid emotional manipulation, and rabble-rousing.  We must nurture the moral sense that gives compassion to our activities, and makes us care for our fellow man.  It is noteworthy in this respect that God does not seek to rabble-rouse the Israelites against the Egyptians during the plagues, and that the Exodus is managed without any civilian fighting.

I personally do not think that a healthy society is one in which either God or Pharaoh has this sort of executive power for a whole community.  An environment where people think for themselves is one where extremism is less likely to flourish.  It is also what humanity generally wants: in the case of the Israelites in Egypt, they desired to escape from servitude, and their period of following exactly what God wanted did not last very long.  But soon afterwards they are given a moral code which has been their glory ever since, and against which they can measure themselves.  Perhaps this was indeed all part of a wider divine plan to enable mankind to grow into responsibility from infantile servitude, and that God had decided long before that giving humanity more space to decide its future was better than leading it by command alone.