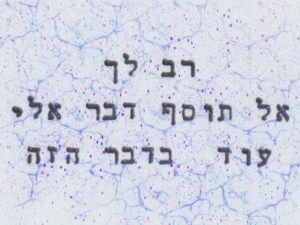 Last Friday afternoon I thought I was running late for a pre-service meeting, so I ordered an Uber.

Rushing out the door I found my driver waiting for me in a clean new Tesla.

Now I’m not always good about leaving reviews following a ride, but I feel like people who do fall into two camps: either they will give full marks to the driver who is friendliest, chatty and interesting, the one who invites you into a welcoming space

they will give the same high marks to the driver who barely grunts their name and destination, drives in perfect silence, and doesn’t even verbally acknowledge their departure.

Well, perhaps this is unfair. Sometimes the same person will, in one instance, prefer the friendly company, while at other times their ideal ride would be in absolute silence.

I think I fall in there somewhere, in the shifting of preference based on timing, mood, and level of alertness.

And when conversation arises, I generally prefer to stick to small talk. Big talk with strangers often feels precarious, rife with uncertainty and self-conscious obstacles.

And this particular ride last week started off beautifully in that way. We exchanged pleasantries, spoke of the shifting weather and the relatively light traffic, it came up that I am a teacher, and soon the question came: “so where are you off to?”

“A meeting and then work”. The answer seemed simple enough.

Well, I could see him eyeballing me in the rearview mirror, in my suit, wondering where on earth a teacher would be going to work on a Friday, in the summer, in the early afternoon.

There is a moment when a conversation with a stranger turns. In a cab, you have entered their domain. Cabs are funny like that. You are in someone’s office. You are the client and they are providing a service. When someone is eager to chat, to ask and share, they are creating a lifeline, making a connection. It may be to stave off the boredom of the daily monotony, but more often than not, it is a yearning for a connection, no matter how fleeting, a chance to step into the life and mind of another person in a safe space.

And if you don’t feel anxiety in this situation, if you trust that there will be no prejudice, no negativity, no controversy, then perhaps the moment you are creating in that space can be a precious and positive experience.

But as a Jew, and one with as unconventional a vocation as mine, each question opens up the potential for deeply divergent paths of conversation.

And in doing so, I don’t even give this person the chance to know me. The encounter remains at surface level, and we may discuss the mundane, but not the holy.

Yet sometimes, in the Uber classroom, you meet someone who rises to the challenge, who actually seeks to grow and evolve out of each exchange.

And so, reluctantly, I confirm that I am indeed heading to a synagogue and that I am not just any kind of teacher, but a Jewish educator, a student of rabbinics, and a community leader in training.

A distinct path in the conversation has been chosen. A moment passes, and it feels like an eternity, and then the questions come. The conversation turns to one of eagerness, positive queries, and an actual connection forms.

By the time I stepped out of that Uber, neither of us were ready for the exchange to end. We had only just scratched the surface of getting to know each other.

In our parashah, Va’etchanan, Moses is bereft. He pleads with God, seeking the opportunity to travel across the Jordan to the new land to which he has led the People Israel.

“Enough! Never again speak to me of this matter!”

Moses, who had stood fast between the divine fire atop the mountain and the cowering people below, will only be allowed to see that promised land, but not to enter. He has been wracked with uncertainty, and he is not given consolation.

So what went wrong? What has broken down in this relationship that not only is Moses forbidden to cross the Jordan with his people, but he is not even allowed to broach the subject with God?

Moses will tell the people that it is their fault, that their constant rebelliousness is the cause of his harsh punishment, but this is not the case, and it proves that Moses has still not learned his lesson. For this, God sees no reason to continue the dialogue.

And what was Moses’ sin? Several weeks ago in parashat Chukat, after his sister Miriam dies and the people are thirsty, Moses is told to speak to a rock that it might produce water. He is hurt, he is angry, and he calls the people rebels, striking the rock twice with his staff. He resorts to violence in word and deed instead of engaging in communication, and this he will blame on the people.

So now I have a possible name for the feeling of discomfort I experience when sharing certain aspects of my identity with strangers in their own space. I fear the breakdown of dialogue.

Yet when we do not even begin, when we refuse to start the conversation, or even shut it down by saying “enough” – then we have already chosen the path of the quiet passenger.

This week begins the Shabbatot of consolation, in which the haftarot of the next seven weeks will build us back up from the low moment of Tisha b’Av, and restore our faith and our will to continue as we reach the High Holy Days, the loftiest moment of the year.

So find comfort in communication. Find refuge in the opportunities to connect with others and to grow and learn. Find strength in the people who turn your insecurities and uncertainties into earnest engagement. Comfort can often be found in the simplest of things, the chance diversion down one path versus another.