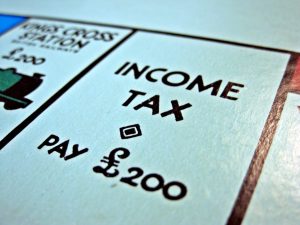 Next Friday marks Freedom of Information Day. Freedom of information, or FOI, is the lesser-known cousin of freedom of speech, and next Friday campaigners, journalists and active citizens around the world will be celebrating their “fundamental human right to access information held by public authorities subject only to a narrow system of exceptions”.[1]

In other words, if I want to find out what the Foreign Office is spending its money on, or how many climate change protestors the police arrested in 2017, or why my council refused to let me prune the protected tree in my garden, I have a right to request that information – and to receive it. As a citizen, I have a right to know.

How did FOI become so important in the modern world? There are two names behind it. One is a priest, the other a prophet.

The priest is Anders Chydenius, a Finnish clergyman who, alongside his clerical duties, was an MP in Sweden. In 1766 he introduced sweeping reforms to the freedom of the press, as well as the world’s first Freedom of Information Act.[2] (In his spare time he was an advocate for religious freedom, and a staunch supporter of Sweden’s then-unemancipated Jewish community.)

The prophet’s name is probably more familiar: Moses. In a midrash[3] on this week’s parashah, we learn:

“Moses wasted no time when the Tabernacle was completed, for he said to the people: ‘Come, and I will furnish you with the complete details of all the expenditure involved.’ Why did Moses need to account to the people when the Eternal One trusted him so implicitly?

“It was because Moses overheard certain Israelites scoffing behind his back. One said, ‘See the back of Moses’s neck: how fat it is.’ To which his friend retorted, ‘What! Do you expect a man in charge of the construction of the tabernacle not to be rich?’ When Moses heard all this, he said, ‘I vow that as soon as the Tabernacle is completed, I will give you an account of everything.’”

Now, Moses, God and the narrator of the Torah were not, in general, fans of discord amongst the Israelites. Muttering, whingeing, rebellion; all were frowned upon. But on this occasion, there is no criticism of the two men overheard casting suspicion on Moses’s management of Tabernacle finances. Why not? Because they actually had a good point. They’d been taxed – they’d had their hard-earned, or hard-looted, property taken away from them – to fund a building project. And they saw their leader with an enlarged neck, indicative of being implausibly well-fed given his fairly frugal diet of manna.

This all takes on an extra dimension when we remember what the building project in question was. These days, FOI requests might enquire into the finances of an extension of council headquarters, or a new Crossrail station. And those are both intriguing projects with finances well worth exploring (if you have that sort of mind).

This was a place in which they had to have confidence.

This was a place they had to feel comfortable.

To exist contentedly in the Tabernacle, the Israelites needed to have pure souls. Not ‘had to have’. This wasn’t about the rules or the laws. It was about the practicality. A place of worship is where people need to be at peace. A quick glance at the High Priest’s bulging stomach; a cynical squint at the silver censer hanging from the ceiling; a lingering doubt about whether the ark is really the specified size and not a little light on gold… All these niggles can destroy the state of mind necessary to achieve a spiritual experience.

Suspicion is not always a bad thing. It can be justified or unjustified to varying degrees, but it’s impossible to label it as bad because so often it is involuntary and inevitable. Natural, even.

Those who take on the burden of leadership, who choose to spend their lives working with human beings, with all our characteristics and peculiarities, need to work with this one as much as with all the rest. And in a communal or civic enterprise, where leaders are delegates or representatives or surrogates for the people themselves, they have a duty to be open and honest with those on whose behalf they act.

Justified or unjustified, suspicion can be laid to rest with transparency. Our chagim tend to commemorate events and seasons rather than themes and concepts. So even though Freedom of Information Day will never find its way into the Jewish calendar – no Yom Chofesh M’yade’a for us – next Friday I’ll be sparing a thought for Anders Chydenius, and for Moses, and most importantly for the two men who muttered and the darshan who identified with them. They made the level of detail in Parashat Vayakhel-Pekudei, the world’s first annual report, worthwhile, and gave us a vital principle of democracy in the process.