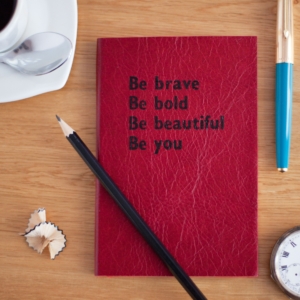 Over the past few weeks, since HM Queen Elizabeth II died on 8 September 2022, the public has greater access than ever before to all that surrounds the death of a monarch; even ceremonies never previously seen by anyone beyond the privileged few participating in them, like the Accession Council, have been broadcast on television.  That also means that we have seen, often up close and in high definition, a man participating in the rituals that transfer leadership to him while he is deep in the first moments of personal grief for the person who previously held that role.  On the death of the Queen, the new King’s national responsibilities required him to step immediately into a series of rituals and public appearances, ensuring continuity for the country yet allowing the late Queen’s immediate family relatively little opportunity for their own private grief.

It’s possible that Joshua might have had some sympathy for the new King Charles III.  In Parashat Vayeilekh Moses publicly announces both his impending death at the age of 120 and his succession plan: it is Joshua who will lead the people forward into the Promised Land.  Aware that this new venture may seem daunting to them all, even though it is also the realisation of forty years of hopes and dreams, Moses offers words of encouragement to the people who will soon have to do without him.  He reassures them, speaking first to the people and then to Joshua, that God will indeed go with them and therefore they should not be afraid.

Ibn Ezra notes that Moses says the same thing to Joshua as to the people: to the people, Moses says “chizku v’imtzu – be strong and courageous” (Deuteronomy 31:6); to Joshua, Moses says “chazak ve’ematz – be strong and courageous” (Deuteronomy 31:7); to each of them, he says “lo yarp’kha v’lo ya’azveka – [God] will not fail you or forsake you” (Deuteronomy 31:6, 8).  The essential message to both seems to be identical, yet one of the verbs is in the singular and one in the plural: is this just a necessary grammatical feature, or could there be any deeper significance?

Rabbi Sarah Berman uses the differences between two verbal forms to teach about the different leadership styles of Miriam and Moses: in Exodus 15:1, Moses begins the Song at the Sea, “Ashira l’Adonai – I will sing to the Eternal”, while in Exodus 15:21 Miriam opens her song, “Shiru l’Adonai – sing to the Eternal!”  If ashira, the first person singular form, reflects a song where the leader sings while the people listen, then shiru reflects a more participatory style, inviting everyone to sing together.

In Vayeilekh, these two verbal forms might not be exactly about different styles of leadership, but rather different types of needs in this moment of transition.  Both the collective people and the individual in a leadership role face the anxieties for the future created by a loss, but the ways in which they need to be strong and courageous may differ.  To the people, Moses says chizku v’imtzu: by coming together in all your plurality, you will create a strength and courage greater than you might manage alone, that will see you through this unsettling time.  To Joshua, Moses says chazak ve’ematz: even amid your personal grief, you have a particular individual role in this moment for which you need to draw strength from and find courage within yourself.

Moses also reminds both Joshua and each of the people individually, using singular forms in both cases, that “lo yarp’kha v’lo ya’azveka”: you are not alone in this, because God “will not fail you or forsake you.”  There is a reminder of this in the Psalm we read daily throughout this period of teshuvah, beginning from Rosh Chodesh Elul: Psalm 27:10 says, “my father and my mother may abandon me, but God will gather me in.”  Even when we feel bereft, we are not utterly alone.  Whether you experience being gathered in by a personal God, or interpret it more broadly as having a sense of belonging within Jewish tradition and values, this assurance might provide us with moments of comfort in our darkest days.

As we read Vayeilekh this Shabbat Shuvah, in the middle of the Yamim Noraim, we too are a little like Joshua and the Israelites: about to enter the Promised Land of a new year, uncertain of what awaits us, unsettled by loss or the overturning of much that has been familiar, wondering how we will manage.  In some moments during the coming year we might be like the people, needing to come together with others for comfort and to generate greater strength as a community; in other moments we might be like Joshua, faced with tasks placed uniquely on us as an individual and needing to draw on our own inner resources.

Perhaps as we do this, we too might remember our tradition’s promise that God will not fail or forsake us.  It seems no coincidence that Psalm 27 ends with a double reminder to “trust in God” sandwiching a familiar command – given a small grammatical twist: “chazak v’ya’ameitz – be strong and [God] will cause you to be courageous” (Psalm 27:14).  This promise accompanies us as we face the challenges of a new year, and even of a new monarch’s reign: if we find the strength to take them on, God will give us courage to face the tasks before us.

May we all, from the most ‘ordinary’ of us to the new king, find the strength and courage we need to continue our journeys into unfamiliar territory.  However daunting its beginning, may 5783 be a good and a sweet year for each of us.