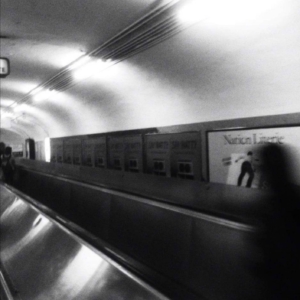 Some time ago, a slight warmth was blowing on the leaves in the streets of Paris.

The Parisians thronged on the terraces of the cafes, and the flow of visitors rushed into the museums like a string of spaghetti that one sucks.

The rumor of a ‘reconfinement’ was on everyone’s lips and still echoed in the cubist room of the Center Georges Pompidou Museum in Paris.

Analytical Cubism: Current artistic painting explored particularly by Braque and Picasso in the early twentieth century. Third phase of the cubist movement: Abandoning the illusion of perspective for a flattening of volumes, these artists modify their relationship to academic figurative art governed by the unique point of view truncated by perspectives, without flirting with abstract art as if it does they qualify as “decorative”. In this spirit, they represent all the facets of painted objects on the same plane. Thus, representing the six faces of a cube would in their eyes be a more faithful representation of the object than a perspective drawing, showing only three.

I stood in front of Braque’s painting Compotier, bottle and glass.

I had passed dozens of times in front of this painting without stopping there and for a reason that I could not explain immediately I remained this time caught by the canvas.

The lack of colours and figurative lines made it difficult to “read the image”. To do this, I had to linger, glean a few shapes, a few colours, formulate hypotheses, leave my comfort zone and see beyond my own horizon.

In short, I had to take the time to learn how to see.

The specificity of the image is to move emotionally and therefore to move on. The power of images is to be understood in two totally opposite ways. Either it is about the freedom they give and their power is none other than that which they offer us to exercise our speech and our judgment by imposing nothing on us; or it is a question of power that we leave it to those who show and who leave none in the image and therefore the image disappears, and our freedom of judgment with it. The images say nothing, they make people talk. For there to be freedom in our relation to visibilities, it is still necessary that they do not impose any indisputable evidence, any doctrine or opinion which would establish a “true belief”. says Marie José Mondzain, using this term in a pejorative way.

If any image appeals to critical power and to the sharing of a meaning, we understand that the bodies which seek the docility of the eyes and the sleep of the mind are more and more frantically working to destroy this power by trying to impose an objectified reading.

The viewer would here be reduced to seeing only on the surface, without going beyond his own line of horizon. And to seeing beyond the horizon is precisely what Abraham does on several occasions in parashat Vayera.

In the opening and closing of this parashah, Abraham is the one who sees. He sees what the others do not see at first glance: God reveals himself, makes himself to be seen.

The first verses tell us :

God appeared to him in the plains of Mamre, while he was seated at the entrance of his tent, in the heat of the day. He looked up and saw. And behold, three men stood before him. He saw and ran to them from the entrance of his tent and bowed to the ground. He said: “My Lord, if I have found favour in your eyes, do not pass before your servant”.

To whom exactly is Abraham addressing himself at the beginning of our parashah? “My Lord, if I have found favour in your eyes, do not pass before your servant” when precisely there are three men before him.

Is Abraham addressing God or Three Men? All these interlocutors seem to be superimposed in a single figure so that one can wonder: here, would God be “the Other”?

God thus reveals himself in the plural , just as a non-figurative painting can be seen and has to be interpreted, to be read. The three faces of the three men question Abraham’s gaze and his ability to see the multiplicity in the Unity.

God is here called YHVH. This divine name (the tetragrammaton) ), traditionally associated with the figure of a merciful God, also derived from the verb “to be.”

It is therefore this facet of God who “is” beyond space and time that is shown in the first verses of the parashah.

God enters into the story of this parashah and into the tent of Abraham through the three men. Grammaticaly speaking, the plural, “three men”, collides in Abraham’s mouth and in the reader’s head with the singular of the divine figure.

In the Bible, loving the stranger is such an important notion that it appears even more than that of loving God himself, thirty-six times exactly. As 36, it is also twice 18 which is one of the numbers which designates the divine name.

Responding to this injunction to love the stranger is therefore to love God twice.

God appears so much in the guise of the foreigner, of the one towards whom Emmanuel Levinas invites us to tend in order to reveal that we are created “in his image” that one can wonder: is God “the Other”? Or rather in this case the OtherS?

God therefore teaches Abraham how to see what others do not see. No one before him can see the three men coming from afar: neither his wife nor his servants.

God therefore teaches Abraham how to see both in the opening of our parashah but undoubtedly even more during the episode of the binding of Isaac.

This episode takes place on Mount Moriah which means in Hebrew the mountain of teaching. Again, Abraham sees what others do not. He alone sees the place of the ‘binding’ which the text designates by the term “makom” in Hebrew, a term which is also one of the divine names. By designating to him the place of the binding of Isaac, God therefore teaches him how to see, how to question his gaze and to perceive therein the infinite divine power.

I was alone now in Braque’s painting room now … Outside, night had poured into the sky till the last drop. My tête-à-tête with the canvas continued until the last minutes of the Museum’s opening. Wrapped up in the earthy colors of the painting, I tried to glean a few more clues, inviting me to question the painting again.

The necessity of art rests on the forms and figures that the viewer formulates. This inevitably leads to the question of the construction of the gaze, its education or its alienation by the “dictators of the visible”.

This is undoubtedly why it is so important to ask ourselves: who shows? Who says what to see? What do I see of the visible and the unformulated? Seeing calls for an active gaze, fully present and engaged not just viewing as a consumer?

As Marie José Mondzain has also written: To have good eyes one must have courage.