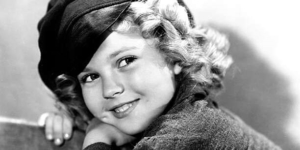 Check out December 16th as a date in history and you will find much of interest going back to the 8th century. Having reviewed them all I think I can assert with confidence that the most significant December 16th was that of 1950, the day on which Shirley Temple retired from making movies… at the great age of 22! Like other child actors, and few made it as far as Ms Temple, the appeal they had as children did not translate when time’s clock forced them to leave those halcyon days behind.

Perhaps the film for which she is most remembered is the one for which she received a special Academy award, Bright Eyes. That was the film when she did the song and dance routine to ‘On the Good Ship Lollypop’, that has to be one of the worst ear worms in cinematic history! In spite of her great popularity there were those who found Shirley’s childhood antics somewhat cringeworthy, and today I suspect that a degree of unease would be added to that view by many.

Parashat Vayeshev is the portion in Genesis that launches Joseph, apple of his father’s eye, dream coat wearer and spoilt child. Joseph, from an early age, recognized his own ‘star quality’ because his doting father unwisely reinforced it every day, and he played up to it, most specifically by taunting his brothers with assertions of their inferiority. Rather like a mouse taunting a cat from the back of an elephant, Joseph knew his father’s love would always protect him from their jealousy rage. He was precocious, arrogant, and clearly needed taking down a peg or three.

Mice have to come down to earth at some point, and Joseph’s nemesis was also inevitably stalking him as he got older. The moment he departed his father’s protection he was in danger of receiving payback. When his brothers see him approaching them all their frustrations and resentment erupt and he ends up being sold into slavery.

As we know from the Torah, Joseph’s destiny was not to remain a slave; through a combination of his own wits, circumstance and divine inspiration the feckless and irresponsible child, and brother, was transformed into a powerful official who created a food harvesting programme that did not just save his family but countless thousands of others.

I have always thought that Joseph made ample recompense for his misspent youth, particularly with regard to his brothers, and that from the time of their reunion onwards he showed a nobility of spirit  and a breadth of concern for others that are admirable.

Joseph and Shirley Temple, two very different people who lived thousands of years apart, yet both illustrative of the truth in the adage: it’s not where you start it’s where you finish.