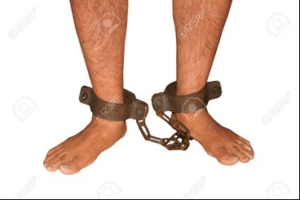 The wealthy industrialist in his lifetime was actively involved in local politics and donated generously to needy causes.  The reporter writing his obituary discovers that he had gained some of his wealth through not-quite-squeaky-clean deals, although these were almost the norm at the time. The Good Guy had done some bad things.  Should his name be deleted from every project he sponsored?  Must all the funds be returned, even if this will have a devastating impact on the beneficiaries?  (And to whom should they be returned anyway?)

The fanatical scientist conducts research on a lethal chemical which she plans to sell to an extremist regime.   By a twist of fate, her discovery proves to be an essential component of a life-saving medication….  So a bad woman has done a Good Thing.  Does that make her a villain or a hero(ine)?

To what extent is any of us responsible for the unforeseen consequences of our actions?

Some jealous brothers stop just short of killing their infuriating younger sibling.  Instead, they sell him into slavery.  His charm, good looks and intelligence enable him to rise to a position of influence. Many years later, when he eventually reconnects with family, he tells them: “although you intended me harm, God intended it for good, so as to bring about…the survival of many people” (Genesis 50:20).  The 12th century French commentator Bekhor Shor went so far as to suggest that ‘whoever was responsible for selling Joseph ended up being the one who did the most good’.

I find the Joseph narrative endlessly fascinating, yet the closing verses of this week’s parasha Vayyigash trouble me deeply.

Brilliant, astute Joseph, so willing to see God and good in the events of his life, so quick to appraise any situation and come up with a plan, revolutionises the economic structure of an entire society. During the years of plenty, he imposes a contingency tax on all produce, to ensure that surplus is stockpiled for the years ahead.  When the famine starts to bite, and people need to call on reserves, it is not unreasonable to expect them to pay for grain. Then the money runs out – so he devises a system of credit based on the people’s assets, namely their cattle.  People are grateful, and more importantly, it means they have food.

The following year, the people have no money and no remaining assets except their land, and it is they (Egyptian landowners) who first propose that they sell themselves:  ‘Take us and our land..’.  Joseph’s response is to do so, but then to ‘remove the population town by town….’ Rashi explains:  ‘so that they would understand they no longer had any connection to the land….’    And Kimhi adds: ‘so that no one lived on his original holding…. They would have to acknowledge that their holdings came to them from Pharaoh…’.

In other words, Joseph sets up a feudal system which effectively enslaves the Egyptian population, for which they thank him: “You have saved our lives; we are grateful…”

The medieval commentators are quick to stress that Joseph brought the money to Pharaoh and  reassure us that he ‘did not stockpile wealth for himself’.  Modern commentators are more sanguine.  The Jewish Study Bible analyses as follows:

Whereas the Egyptians lose their land to Pharaoh because of Joseph’s administrative policy, the Israelites acquire holdings through the generosity of Pharaoh, grateful for Joseph’s managerial skills. Similarly, the fertility and increase of Israel contrasts with the devastation and impoverishment of the Egyptians….

I suppose that for most readers throughout history, this might be seen as a rather wonderful outcome, and further evidence of Joseph’s genius.  Viewing it from a 21st century perspective, we might be much more ambivalent about what Joseph did.  Of course, the sting in the tail which receives surprisingly little discussion, is that it was our own ancestor who established the system which was later to enslave his descendants for 400 years.

The rabbis of the Talmud debated whether our fate beyond death is determined by the overall balance between right and wrong in our actions, or whether a single ‘sin’ or mitzvah can ‘tip the scales’.

Should we judge a deed  – or the person carrying it out – by the underlying intention, the deed itself, or its consequences?  We all have flaws in our characters.  Who among us has never erred in our judgement?  Is it our place to judge at all? Or should we rather pause before doing so, and perhaps reflect with humility that even our own altruistic actions may have long term repercussions at odds with our intentions.