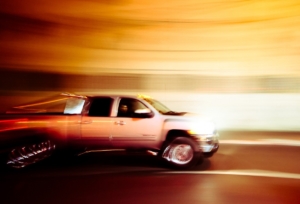 Posting on Facebook after the incident, Kuisla raged that “the way things are done here makes no sense!” and insisted that handing out such a large fine for such a minor piece of wrongdoing would only serve to bring the law into disrepute.

Nobody else thought that.

In fact, the way things are done in Finland makes perfect sense, and has been very carefully thought through. Finnish law provides that the penalty for speeding is eight days’ income. Mr Kuisla, a highly successful businessman, earned more than £5.5m per year, so for him, eight days’ income meant a hefty five-figure fine. By contrast, a newly-ordained rabbi (to take a random example) who drove at the same speed on the same Helsinki street on the same day would only have had to pay a fine in the region of £300-400.

This system conquers two of the main disadvantages of the fixed-fine system more familiar to those of us in Britain. First, its unfairness: a rich person who breaks a law might be fined £100, the cost of half a day at a spa resort, whereas a poor person who breaks the same law would be fined £100, twice the cost of their weekly grocery bill. Secondly, its ineffectiveness: as the legal scholar Elena Kantorowicz-Reznichenko has observed, “A uniform fine for all offenders committing similar offences might lead to a constant under-deterrence of wealthy offenders if it is set too low. Equally, low-income offenders will probably not be able to pay this fine. Therefore, the low-income delinquent might choose to commit severer crimes since the realistic expected costs for them are the same as for the lighter offence.” <https://bit.ly/3HVlSq1>

Therefore, a regime which tries to fine each person in a proportionately similar way according to their means seems very sensible.

And it is just such a system which we find outlined in Parashat Vayikra.

Leviticus chapter 5 introduces to us the ‘korban oleh v’yored’, variously translated as an adjustable sacrifice, a variable-value sacrifice, or a sliding-scale sacrifice. The term literally means an offering that rises and falls. In essence, certain sins call for the sacrifice of a sheep or a goat – “but if one’s hand cannot stretch to a sheep, they shall bring as a guilt-offering two turtle-doves or two pigeons… and if one’s hand cannot stretch even to this, they shall bring a tenth of an ephah of flour as an offering for their sin” (Leviticus 5:6-11).

A medieval commentary, Da’at Z’keinim, suggests that one of the objects of this rule is to prevent Jews profiting from their sins. In modern terms, this is what is referred to as ‘efficient breach’. An efficient breach is where the costs of breaking the law – even including a penalty – are lower than the costs of complying with the law. For example, if our hypothetical newly-qualified rabbi was running late for a service at Helsinki Reform Synagogue for which they would be paid £500, breaking the speed limit and incurring a £300 fine would still leave them with a tidy profit; complying with the speed limit, on the other hand, would cause a loss.

The idea of a penalty oleh v’yored, then, a penalty which rises and falls according to the offender’s means, is a brilliantly inventive solution. It ticks every box. It benefits the disadvantaged by minimising the chances of their being bankrupted by unthinking fixed fines, and by making the system be visibly and conspicuously fair. It benefits the wealthy by ensuring that they are not seen as getting off lightly and as simply paying off minor penalties with casual contempt. And it benefits society as a whole by ensuring that everybody has a clear incentive to comply with the laws and boundaries laid down by the Torah and/ or the Finnish criminal code.

Leviticus’s korban oleh v’yored is a powerful illustration of Judaism’s commitment not just to equality but to equity: a recognition that treating everybody in literally the same way can actually promote unfairness, while seeming, on the surface, totally fair.

Reima Kuisla may not have been happy with his €54,000 fine. But then again, he’ll be no unhappier than his secretary will be with their €500 fine or his cleaner with their €200 fine – or than an Israelite, of limited means, would have been with the requirement to see some of their precious flour go up in smoke in consequence of having sinned. Since these wrongdoers are equally unhappy, has not the Torah (and Finland) created an excellently fair system?