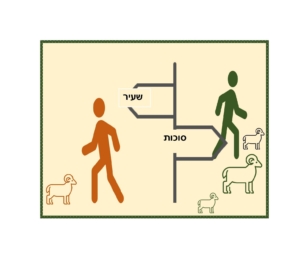 Our family didn’t do ‘broiges’.  I was not even familiar with the term as a child. There were plenty of arguments and raised voices, but we were quite incapable of “not speaking” for longer than a few hours.  My parents had one acquaintance however, an otherwise reasonable and often wise person, who clung to a few perceived slights, refusing to speak about – let alone to – certain former friends, sometimes for years at a time.  This baffled me – I could well understand wishing to avoid further confrontation following a row, out of shame or even fear, but not to the point of repudiating a gesture of entente.

What does it take to start a feud?

A genuine grievance or breach of trust certainly, but all too often a misunderstanding, an over-reaction, a misinterpretation of the other party’s intention or motives.  Our behaviour is also unconsciously shaped by our own experiences of how parents, grandparents and previous generations have behaved in their turn in comparable circumstances….

Jacob may have been fulfilling his destiny, and acting out of a family ‘culture’ of parental favouritism, when he deceived Isaac and cheated Esau out of his blessing, but in simple human – fraternal, familial– terms, he did wrong, and Esau’s murderous intent at the time was very real.

Why do feuds persist?

Once again, that family or group culture which shapes our attitudes and behaviours, may train us to let go of grudges or to hold on to them;  to acknowledge our regrets and shame and face up to our less admirable traits – or not. Time, distance, habit – until the breach itself becomes the reason for maintaining it and the original grievance may even be forgotten.

A close reading of Genesis chapters 32-33 in this week’s Torah portion Vayyishlach can bring home how very differently the twin brothers’ lives have developed over 20 years  – yet each remains in line with the personalities we first encountered over that bowl of red stew so long ago.

Jealousy, fear, separation, distance. All have clearly stayed with Jacob all this time, perhaps even magnified in his mind through the cold nights in the field with Laban’s flocks, the power games with Laban, and the complex dynamics between his own wives and children.  God has instructed Jacob to return ‘home’ but he is fearful.  Is there also an element of guilt or shame?  We do not know.  He sends messengers to Esau announcing his intention to enter the latter’s territory; he takes action to ‘spread the risk’;  he prays – and just as he did 20 years earlier, attempts to negotiate a deal with God for divine protection.  He sends gifts, he thinks strategically about propitiation before encounter; he spends a long night alone wrestling with something or someone. He emerges changed and limping, very obviously not a physical threat to a man with a 400-strong retinue.

Esau on the other hand has always been a man of the moment, emotionally straightforward.  It may be salutary to try and extract from these chapters an alternative version of the story as he might tell it.

He probably never understood the way his mother and brother were obsessed with destiny.  Of course he was furious about being cheated of the Blessing, but then Jacob left and life went on.  Esau has done very well over the years, becoming a well-respected chieftain with substantial property and a large household.  ‘Yesh li rav achi; yehi lecha asher-lach’  (I have sufficient, my brother; let what you have remain yours), he will say.[1]  On hearing that his brother is returning to the area, he sets off to meet him in style, with a show of wealth signifying both pride and welcome.  He runs towards Jacob, embracing and kissing him – and seems disconcerted by Jacob’s  excessive gifts, grovelling, wariness.  Esau offers company, protection for a safe passage, an opportunity for co-existence – yet Jacob declines and chooses a different direction (“Esau set off on his way to Seir…but Jacob journeyed on to Sukkot…).[2]  How sad that Jacob the trickster who has experienced and practised so much strategy and trickery, cannot now trust anyone else to be straightforward in their dealings.

How sad that these twins have such different personalities and approaches to life that they are doomed to misunderstand one another, and even after appearing to reconcile need to keep their distance from one another.

Can feuds ever be fully resolved?

Perhaps we can only ever limp away from them.  Jewish tradition, ‘bitten’ by history, has always tended to construe Esau as Edom, Rome, Christianity, the ‘Other’, never to be trusted even when apparently offering an embrace of reconciliation.  Yet even if our caution is well-founded, perhaps it  has also led us to develop a habit of excessive paranoia in both our communal and personal lives, so that we miss opportunities for straightforward meeting, for restoring broken relationships.

On the other hand, I would like to suggest an additional interpretation of those verses in our Torah portion, which to me act as a healthy reality check.  Ending a feud does not delete its history.  Even when peace is achieved, it may be impossible to restore complete trust, or intimacy, or friendship.   There are situations where the optimal future may indeed be Esau continuing to live in Seir while Jacob journeys on to Sukkot.  Sometimes a cautious truce should be regarded as a positive outcome