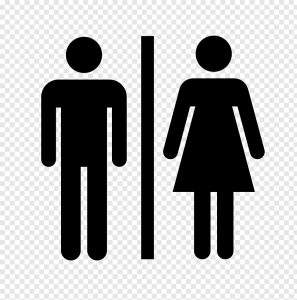 It came about on the next day that Moses sat down to judge the people, and the people stood before Moses from the morning until the evening. (Exodus 18.13)

Before he has applied his father-in-law Yitro’s advice – delegating judicial responsibilities to trusted subalterns – we read of Moses’s exhausting schedule: he sat down to judge the people […] from the morning until the evening. But Rashi has a very great problem with this. He just cannot believe that anyone – even Moshe Rabbeinu – would be able to sit in judgment without a break from sunrise to sunset. Indeed, his great surprise at the Torah’s claim is expressed in an unusually skeptical formulation: ‘Is it even possible to say this?’

Fully to understand the extent of Rashi’s skepticism, we need to see the Talmudic source for the tradition which Rashi is bringing, from bShabbat 10a:

‘And the people stood before Moses from the morning until the evening.’ You might think this literally means that Moses would sit and judge all day long, but if he had done so when would he have done his Torah study? Rather, surely the verse is coming to tell you that any judge who judges a true judgment, even if he sits in judgment for only one hour, the verse credits him as if he became a partner to the Holy One, Blessed be He, in the act of Creation. Since it is written here: “And the people stood over Moses from the morning until the evening.” And it is written there [in the act of Creation]: “And it was evening and it was morning, one day” (Genesis 1:5).

The Talmud’s concern about Moses’s long sitting is based on a particular concern – after all, surely he must have spent at least some of his day learning Torah?! – and the Talmud resolves this question by means of a ‘gezerah shavah’, the teaching of a homiletic lesson by comparison of similar terms at different points in the Torah. In this case, by comparison of the ‘morning’/’evening’ in this week’s parshah with the same terms in Genesis, the Talmud claims that Moses need not have sat for any great time at all – perhaps only a single hour! – but because he did so in good faith, the Torah credits him as if he were a partner in the ongoing creation of the world.

Anyway, back to Rashi. Firstly, we should note that although he has kept the Talmud’s skepticism regarding Moses sitting for a whole day in judgment, he does not seem to hold with the Talmud’s reason for that surprise: it just does not seem to bother Rashi that Moses would have lacked time for Torah study. But, in that case, what actually is surprising Rashi about Moses’s long sit? And furthermore, note how much stronger is Rashi’s expression of surprise than that found in the gemara. ‘You might think….’ is the Talmud’s most gentle, and oft-used, formula for correcting a faulty reading; whereas ‘Is it even possible to say such a thing?’ is reserved, by Rashi, for his most pronounced moments of incomprehension.

Two later commentators on Rashi disagree as to the origin of his skepticism about Moses’s ability to sit for a whole day. The Sifsei Chachamim thinks that Rashi’s surprise is purely pragmatic: since (as some Rabbis deduce from details elsewhere in the parshah) Moses and Yitro’s interaction takes place on the day after Yom Kippur, and given Moses’s need to instruct the Children of Israel regarding the building of the Mishkan on that day, how is it possible that he sat in judgment without any interruption from morning to evening – when would he have taught about the Mishkan? There are some problems with this rendering of Rashi’s question: for one thing, I’m not sure that it holds well with Rashi’s earlier comments on the same verse (which we do not have room to discuss here). But in any case Sifsei Chachamim hardly accounts for the extreme surprise implied in Rashi’s language. Another commentator, Chizkuni – responding to, rather than commenting on, Rashi – takes a different approach entirely. He argues from the Hebrew that min–haBoker [from the morning] is not best understood as including the whole morning, but, rather, only some of the morning (say, from 11, rather than from sunrise). Like Rashi, Chizkuni cannot believe that Moses would sit for a whole day in judgment; but he prefers to resolve this concern without reference to Rashi’s far fetched gezerah shavah. Still, though, the actual cause for Rashi’s particularly pronounced skepticism has not been addressed.

And so: to the chase. Rashi and Chizkuni just do not believe it possible that Moses sat for a whole day in judgment. I think the simplest, and most obvious explanation for their skepticism is simply physiological – they did not think it was possible for any judge, or indeed any human, to sit without interruption for so very many hours. And presumably surprise relates to the call of nature.

Recent reportage of the great ‘sitting’ efforts of certain amongst our political class make such a physiological skepticism surprising to us. David Cameron and John Bercow have been particularly commended for their ability to sit in judgment for upwards of 9 hours – and, in the case of one marathon parliamentary session, for 11 hours 24 mins. The strangely masculine pride which has infused the reporting of such phenomena deserves notice, and perhaps further research. In any case, I am left to speculate about why our commentators should manifest such surprise about a feat of sedentary stamina which, though impressive, seems to us far from superhuman. I wonder whether a possible answer lies in the different diets prevalent amongst Babylonian Rabbis and French Medieval commentators. Certainly, a community which, lacking clean water, was accustomed to hydrate from diluted beer or wine would have suffered from the diuretic qualities of those bases. If such is the case, that would explain why the Torah’s proposition that Moses sat in judgment from morning to night should have seemed so much more outlandish to Rashi than it does to us.