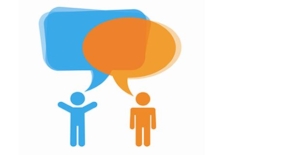 The first verses of our weekly Sidrah focus on the arrival of Jethro at the Israelite camp and the meeting between Moses and him, his father-in-law and a Midianite priest. The midrash takes an ambivalent approach to this encounter. On the one hand, it tells us that Moses did not wait in his tent, but ran to meet his father-in-law, to honour him properly. Even the Shechinah followed them to welcome Jethro’s arrival. In fact, in Mekhilta d’Rabbi Yishmael 18:7:1 (Exodus 18:7) we read: ‘And Moses went out to his father-in-law: They said: There went out (also) Aaron, Nadav, and Avihu and seventy of the elders of Israel, followed by all of Israel. Other say: Even the Shechinah went out with them’. Moreover, Jethro is seen as a proselyte: he came to the camp not only to reunite Zipporah and her children with Moses, but because he heard of the wonders performed by God during Israel’s exit from Egypt. In Midrash Tanchuma, Yitro 7:1 we read: ‘And Jethro rejoiced (Exod. 18:9): Do not read this word as vayihad (“and he rejoiced”) but rather vayihed (and he became a yehudi – a Jew). Why did Jethro say: Blessed be the Lord (Exod. 18:10)? Jethro said: I have not neglected to worship any idol in this world, but I have found no god like the God of Israel. Now I know that the Lord is greater than all the gods’. On the other hand we read in Midrash Aggadah on this verse: ‘this verse teaches that his flesh was made like a sharp sword’. Rashi comments: ‘And Jethro rejoiced: this is its plain meaning. A Midrashic comment is: his flesh became full of prickles — his flesh crept with horror — he felt grieved at the destruction of Egypt. That is what people say: A proselyte even though his heathen descent dates from as far back as the tenth generation, do not speak slightingly of an Aramean (any non-Jew) in his presence – Sanhedrin 94a’. Why? Because the text suggests proselytes continue to identify somewhat with gentiles and remain sensitive to their pain.

Jethro, first assimilated into the assembly of the people of Israel, is then seen as a foreign body. And so he will remain thereafter. the Talmud, Sanhedrin 82a, commenting on chapter 25 of Numbers writes: ‘He seized her by her forelock and brought her before Moses. (Zimri) said to (Moses): Son of Amram, is this woman forbidden or permitted? And if you say forbidden, as for the daughter of Yitro, who permitted her to you? The halakhah eluded (Moses)’. Jethro is not anymore a Jew, he is Midianite, so is his daughter to whom Moses is married.

When we encounter someone different from us on our path, and yet find that we share important parts of our values, the temptation to dissolve the boundaries of our different identities and affiliations is often irresistible. After all, we are all people and it matters more what we have in common than what divides us. But the differences that separate us from others still lurk. The conflicts that these differences generate don’t disappear because we don’t name them or don’t want to see them. They end up resurfacing, often with a rancor and vindictive nature that we struggle to imagine. We can see this in the age we live in. The reaction to the drunkenness of a century of ideologies, that wanted us indistinguishable and subject to a common creed, at the cost of physically eliminating dissidents, is made up of nationalist claims or of smaller and smaller atomized communities, fighting for themselves, in the absolute inability to find a common language and a common ground for dialogue.

But true coexistence is achieved when we are able to see what we have in common along with what differentiates us. And we are able to appreciate and value the diversity of others. It is achieved when we are able to face the conflicts that our differences sometimes generate, and to resolve them through dialogue and mutual understanding. This applies to any situation: in interpersonal relationships, in the social context, in interreligious dialogue. We are men and women, rich and poor, black and white, Jewish and gentile. But we were all created in the image of our Creator. We share humanity, the capacity to recognize each other, the ability to dialogue, to express our different needs and make compromises. Sometimes to share parts of the journey together, united by the same goals.

I don’t want to argue that our Sages were driven by an ideology that aims to undo differences. Because we know that they are the ones who transmitted to us a Tradition in which the value of the human being and of every spiritual path is central and at the basis of human coexistence. But Jethro was not a Jew, and I believe he never wanted to become one. He was a Midianite priest. Yet he shared with Moses and our people the joy of our liberation from slavery. He helped Moses pursue justice, to find a way for its value and importance to spread among the people.

The sidrah in which we receive the Torah, in which we witness the unrepeatable event that is Revelation, is named after a Midianite priest. I don’t think this is an accident. It is a way of reminding us that those who are different from us are more often an asset than an obstacle. A resource and not a threat.

May the Eternal give us the ability to be like Jethro and Moses, different but supportive, listening and in dialogue with one another. Ken Yehì Ratzon.