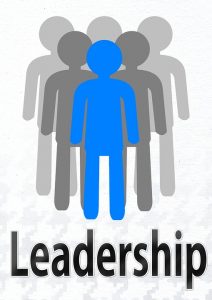 In the 1990s anthropologist Robin Dunbar suggested that most people can keep track of and maintain some sort of relationship with up to but no more than 150 people. (Google Dunbar’s number to learn about this theory.) For groups larger than that, there need to be different and more complex structures.

Moses is overwhelmed because there is only one of him and there are many Israelites – queuing night and day for advice. Navol tivol – “You will surely wear yourself out!” (Exodus 18:180 says Jethro, his father-in-law, and suggests he appoint some deputies. The word n-v-l seems most obviously to come from the root that means to wither away or dry out, or droop down. We also have a related word, nevelah which can mean a corpse – either human or animal –  particularly an animal that was not humanely slaughtered and is therefore not kosher. From the same root we also have the noun, nevel, a stringed musical instrument (Psalm 150:3), and also the related sense of a container such as a pitcher or wineskin. And finally naval can also mean something foolish or even disgraceful, such as the rape of Dina by Shechem (Deut 34:7).

Living entities – human and animal – are animated by something ineffable. Eventually, life departs and what is left is a deflated container empty of its animating spirit. It’s pathetic, wretched, distasteful even contemptible – hence the idea of disgrace attached to words around the n-v-l root. The root might also be related to words coming from the root h-v-l. We have hevel which means vapour or breath, and appears most famously in the opening words of Ecclesiastes – hevel havalim – vanity of vanities (Ecclesiastes 1:1).

Now that we understand the cluster of associations around n-v-l we might think that what Jethro says to Moses is really rather harsh, maybe even out-of-line. “You’ll kill yourself with overwork, you’ll be just an empty shell, and then you’ll be sorry!” Of course, it’s coming from a place of love and respect but nevertheless the sentiment is harsh! Perhaps that is why the medieval commentator Rashbam (1085-1158) takes a different approach, claiming that navol tivol is not from n-v-l but from the root b-l-l. Rashbam makes the comparison with Genesis 11:7 where God, at the Tower of Babel says “Let us [sic] go down and confound [venavla] their speech so that they shall not understand one another’s speech.” Now this association with b-l-l is not grammatically true, but Rashbam has a point to make when he brings in the Tower of Babel story here. Rashbam continues

Rashbam is suggesting that the hubbub of competing voices here is reminiscent of a similar dynamic at the Tower of Babel. At the Tower, people were unable to understand and respond to one another, and similarly here, there is a risk that Moses will not be able to keep track of the multiple claims being voiced, and be able to answer people appropriately. The result will be social disorder. Systems that are in place for a small family, nation, or organization are not the right ones for a substantially larger one. If things carry on as they have done before, Moses might get worn out (navol tivol). But there is another risk too – that society itself might become messed up (navla). The solution, says Jethro, is to create a new, tiered leadership structure with chiefs who can take responsibility for smaller groups.

What we see here in Exodus 18:18, is the moment when everything changes simply because there are more Children of Israel. We have been here before –  says Rashbam when he invokes the Tower of Babel – and we did not get it right then. But we can do better this time around.