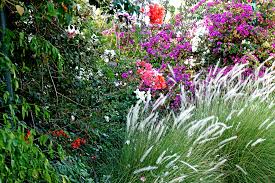 Then can I walk beside you

I have come here to lose the smog

And I feel to be a cog in something turning

Well maybe it is just the time of year

Or maybe it’s the time of man

I don’t know who I am

But you know life is for learning

And we’ve got to get ourselves

Back to the garden

– from Woodstock by Joni Mitchell

Something changes when Spring arrives. At this time of year we are back in the garden. But the garden is different, better. The ancient mythic Garden of Eden has metamorphosed into the utopian Garden of the Song of Songs which is traditionally read on Shabbat Chol Hamoed Pesach.

The Song of Songs is much beloved of feminist bible scholars. It lacks the baggage of much of the rest of the Hebrew Bible. There is no mention of God, no legal material, no genealogies (the characters are nameless), no hierarchy or patriarchy, no guilt or angst, (almost) no violence and no real narrative. Instead, there is flirtation, play, and erotic love against a backdrop of abundant fecund nature. Although there is much yearning, it is imbued with joy. Husband and wife translators Chana and Ariel Bloch say of the Song of Songs: “One might be tempted to call the Song subversive were it not the least polemical of books.”

The Garden of Eden and the Garden of the Song are the brackets which enclose Jewish history. The Song of Songs evokes the story of the Creation. History begins with a man and a woman in a garden. The Song of Songs imagines the end of history – a man and a woman once again in a garden – this time not deceiving, tempting, squabbling, but playful. Not trying to dominate the landscape but at one with it.

The term teshukah – desire/longing/craving – occurs in Tanach three times – in Genesis twice and then once again in Shir HaShirim. In Genesis it is destructive emotion. First, God punishes Eve for listening to the Serpent, saying she will suffer in childbirth, and yet “your desire shall be for your husband and he will rule over you.” (Genesis 3:16) And a generation later, God punishes Cain for murdering his brother Abel with the admonition “sin crouches at the door and its desire is for you, yet you can be its master.” (Genesis 4:7). Here teshukah always involve a power struggle, and is a zero-sum game with winners and losers. In love and sex one partner must necessarily be dominant and one submissive. And in business and war there is competitiveness and jealousy.

By way of contrast, teshukah appears in Songs of Songs 7:11 “I am my beloved’s, and his desire is for me.” Here, both partners submit, both give freely, and in this mutuality both “win”. The sexual politics of this chapter are attractive, particularly by comparison with the Adam and Eve story. The male lover courts his beloved. The chapter opens with the woman dancing or being invited to dance: “Turn back, turn back, O maid of Shulem! Turn back, turn back, That we may gaze upon you. Why will you gaze at the Shulammite In the Mahanaim dance?” (7:1). The lover remarks on her beauty, enumerating the charms of each part of her. He speaks to and not at her, arousing her and also waiting for her response. When she replies “I am my beloved’s, and his desire is for me” she is demonstrating her consent and encouraging him to continue. Only then does he ask for more: “Come, my beloved, Let us go into the open; Let us lodge among the henna shrubs.” (7:12).

The last day of Pesach has long been associated with Messianic times, and the end of Pesach also looks forward to the  full flowering of the Exodus, 50 days later in the festival of Shavuot where we receive the Torah. There is a beautiful midrash where Rabbi Akiva observes Ben Azzai sitting with sparks flying around him and ask his colleague whether perhaps he is studying mysticism. Ben Azzai replies “no, I was sitting and linking together the words of the Torah with the words of the Prophets, and the words of the Prophets with the words of the Writings. The words were as joyous as the day they were given at Sinai, and they were as sweet as they were at their original pronouncement.” (Song of Songs Rabbah 1:10:2)

The words of the Torah are always in conversation, commenting and improving on one another. In the journey from the Creation to the Exodus we also see a shift from teshukah as a destructive force to teshukah as a powerhouse for better love and communication, and a world of equality for all.

And we’ve got to get ourselves

Back to the garden