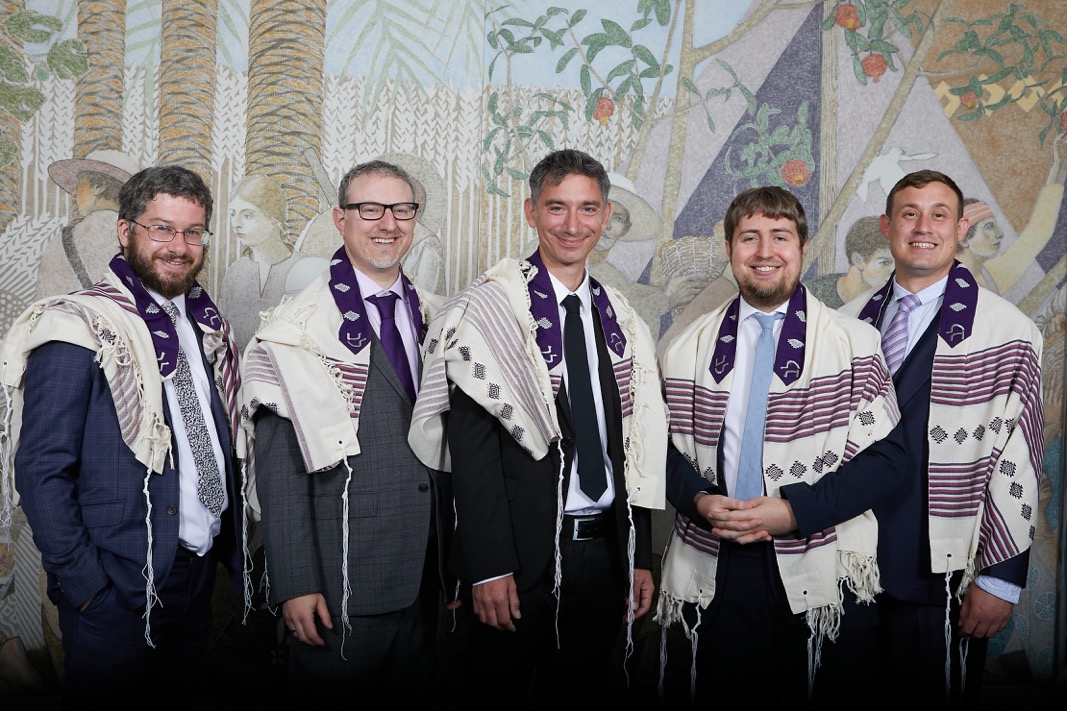 More than 150 people attended in person – the first time in three years a congregation had been possible at an LBC Ordination service – with a further 100 watching live on Zoom.

The rabbis ordained were:

Leo Baeck College is the UK’s only Progressive Jewish rabbinic seminary, training rabbis for Liberal, Masorti and Reform congregations in the UK and abroad. Its five-year rabbinic postgraduate programme is known for its depth and intensity.

Giving the Ordination address to the Class of 2022, Rabbi Dr Tali Artman-Partock – LBC Lecturer in Rabbinic Literature who herself was ordained last year – said: “I have had the rather surreal experience of being both your teacher and your classmate, and I cannot imagine another group of people with whom it would have been more fun to travel. Your presence, all of you, has enriched College life so much.

“Over the last five years, life was sometimes immensely kind and sometime terribly hard for you, but you all found a way to turn whatever came your way into sharable life lessons. The real transformation in each and every one of you has been awe inspiring.”

During the service, the new rabbis all wore the distinctive Leo Baeck College tallitot and kippot, which are commissioned from a women’s ethical weaving collective in Guatemala.

The service was led by Rabbis Alexandra Wright, Debbie Young-Somers, Colin Eimer and Charles Middleburgh, with the music led by Cantor Tamara Wolfson.

The event was dedicated to the memory of Dr Stephen Herman, the College’s Chair of Governors who died last week.

Speaking at the start of the service, Leo Baeck College Dean Rabbi Dr Charles Middleburgh paid tribute, saying: “Steve cared passionately about Leo Baeck College and worked tirelessly for it. His death is a tragedy for his family and for all who knew and loved him.

“While this service is one of celebration, Steve’s death inevitably casts a shadow over it, and we dedicate it to him.”