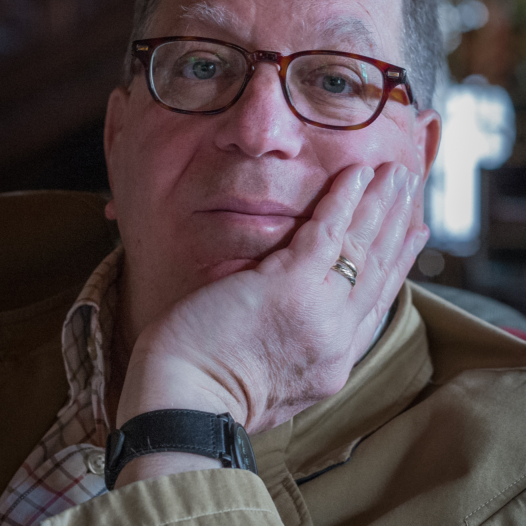 Frank Dabba Smith was born in California in 1955 and gained his first BA degree studying Linguistic Anthropology at the University of California at Berkeley.   He then studied photography at the Academy of Art College in San Francisco before qualifying as a secondary school teacher at San Diego State University.  For many years, he worked as a freelance photographer for corporate and institutional clients, as well as the Economist magazine (UK), before studying at Leo Baeck College in London to receive both BA and MA degrees and to become ordained as liberal rabbi.  He served as rabbi at Harrow and Wembley Progressive Synagogue (later known as Mosaic Liberal Synagogue) for twenty-two years. He has also earned an MA in Photographic Studies from the University of Westminster and his PhD dissertation at University College London (UCL) is concerned with the behaviour of the renowned camera manufacturer Ernst Leitz of Wetzlar during the Holocaust. He is a Lecturer at Leo Baeck College teaching a course on the Holocaust to rabbinic students.  In addition, he is an Honorary Research Fellow in the Hebrew and Jewish Studies Department at UCL. He serves as Co-Chair of the International Advisory Committee of EcoPeace-Middle East, as Advisor to the Inter-religious Committee of the World Methodist Council and as Vice-Chair of the Brent Multi-faith Forum. Publications include My Secret Camera (Harcourt and Frances Lincoln, 2000) and Elsie’s War (Frances Lincoln, 2003).  Solo photographic exhibitions include Leica Gallery (New York City, 2012), SAK-Art Museum (Svendborg, Denmark, 2012) and co-exhibiting with sculptor Jane McAdam Freud at the Priory Psychiatric Hospital (Roehampton, London, 2014). Frank Dabba Smith has been married to Cathy since 1986 and they have three children:  Miriam (1991), Lewis (1995) and Sarah (1997).