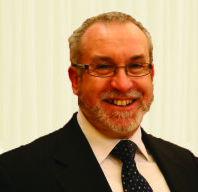 Rabbi Mark L. Solomon was born and brought up in Sydney, Australia, where he received a BA (Hons) in English from the University of Sydney. He studied for the rabbinate at the Lubavitcher Yeshivah Gedolah in Melbourne and Kfar Chabad, then at Jews’ College, London, where he received semichah in 1991. His MA studies began at Jews’ College, in the fields of Talmud, Midrash and Halakhah, and were completed at Leo Baeck College in 1998 with a dissertation on the thought of Hasdai Crescas. Since 1991 he has taught at Leo Baeck College as Teaching Fellow, Lecturer and now Senior Lecturer in Talmud, Rabbinics and Jewish philosophy.

He served as minister of Watford United Synagogue (1990­­–92), West Central Liberal Synagogue (1992–2000) and The Liberal Jewish Synagogue in St John’s Wood (2000–2009). In 2009 he was appointed the first Interfaith Consultant for Liberal Judaism. He is part-time rabbi of the Edinburgh Liberal Jewish Community (since 2005) and the Leicester Progressive Jewish Congregation (since 2014), Chair of the Beit Din of Liberal Judaism, and has been a visiting lecturer at University College, London, and Heythrop College.

Rabbi Solomon is co-chair of the London Society of Jews and Christians, Hon. Vice President of the Ammerdown Centre, past board member and branch chairman of the Council of Christians and Jews, for whom he frequently gives talks and concerts. He is a member of the organising team of the annual International Jewish-Christian Bible Week in Osnabrück, Germany and also a regular participant and speaker at the annual Jewish-Christian-Muslim conference in Vallendar, and a member of BIAJS.

His research and teaching interests include: the development of matrilineal Jewish status in the Talmud and Jewish law; the status of non-Jews in the Talmud and Jewish law; Jewish views on homosexuality and gender-variance; the thought of Maimonides, Crescas and Spinoza; the theology of Jewish mysticism; developing a Jewish theology of Christianity; and the influence of Islam on Jewish thought. He has published articles in several of these areas. He is also a chazzan and teaches biblical cantillation.

Rabbi Solomon regularly leads services for the Jewish LGBT+ Group and is the editor of Covenant of Love: Service of Commitment for Same-Sex Couples, published by Liberal Judaism in 2005 to coincide with the introduction of Civil Partnerships in British law – the first such liturgy published by any Jewish movement.