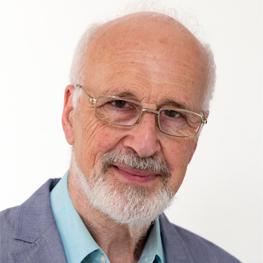 Jonathan Magonet has a medical degree, rabbinic ordination from Leo Baeck College and gained his PhD at the University of Heidelberg with a thesis on ‘Form and Meaning: Studies in Literary Techniques in the Book of Jonah’. He is the author of innumerable articles in scholarly journals, including the Journal for the Study of the Old Testament; Dictionary articles on Biblical topics, including the ‘Anchor Bible Dictionary’, the ‘Dictionary of Biblical Interpretation’ and the ‘Oxford Handbook of Biblical Studies’, in addition to five books on the Hebrew Bible, and a collection of biblical essays in Japanese. His most recent publication is How did Moses know he was a Hebrew? Reading Bible stories from within (Hakodesh Press, 2021).

For over forty years he was full time Professor of Bible at Leo Baeck College, where he is currently Emeritus Professor of Bible. He was Principal of the College from 1985-2005. During that time he was also a Visiting Professor at the Kirchliche Hochschule, Wuppertal (1992, 1994, 1995, 2004, 2011); at the Carl von Ossietsky University of Oldenburg, Summer Semester, 1999; he was the first Schalom ben Chorin Professor of Jewish Studies, Universities of Wuerzburg and Augsburg, 2008; he has had an annual appointment as Visiting Research Professor at Seinan Gakuin University, Fukuoka, Japan, 2010-2018.

His areas of research include Hebrew Biblical narrative and poetry, and Jewish Biblical interpretation.

With regards more general Jewish studies he has been co-editor of the College Journal, European Judaism 1992-2004, and Editor since 2005.