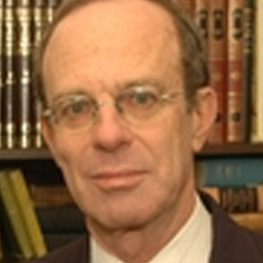 His forth-coming book, Agony in the Pulpit: Jewish Preaching in Response to Nazi Persecution and Mass Murder, 1933-1945, is due to be published by Hebrew Union College Press – University of Pittsburgh Press in June, 2018.

Marc Saperstein teaches Worlds of Medieval Judaism at the College.