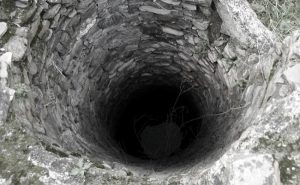 It takes all of us to get out of this pit

A mere week after the election most of my friends still have strong feelings about its results. Many are happy that Corbyn has been defeated as they perceive him as an existential threat to British Jews. Some are content because now the government seems to have a strong majority needed to ‘get Brexit done.’ Others are devastated that the Lib Dems will not participate in a coalition that could stop Brexit from happening. Yet another group is disappointed that Labour will not get the opportunity to deliver on their public spending and social policy promises. These groups are by no means mutually exclusive. Some of my friends relieved that Corbyn has been defeated are against Brexit; some of my Labour-voting friends want the government to ‘deliver on the result of the 2016 referendum.’

What these disparate groups have in common is a sense of the ‘other’ who doesn’t understand their perfectly logical positions. For some Remainers, the ‘other’ are Leave voters in industrial areas who don’t seem to understand that Brexit could hit their regions hard. For Jewish voters scared of Corbyn, the ‘other’ are young voters who preferred to focus on Labour’s anti-austerity manifesto and not on the issue of Labour antisemitism. For Leave voters, the ‘other’ are ‘remoaners’ who don’t want to listen to the will of the people because they don’t trust in Britain’s ability to be prosperous as a free trading nation.

The members of these political tribes often have very little in common; what unites them is, at best, the sense of superiority over and, at worst, the disgust at the other who is either naively idealistic or downright malicious.

Once a group or a person had developed their sense of superiority, they don’t have to engage with those that are being looked down at. All they need to do is to oscillate between patronising and vilifying ‘others.’

The story of Joseph, the main protagonist of week’s Torah portion, Vayeshev, is a good exemplar of the impact of this self-righteous streak of human nature on our lives. Growing up as Jacob’s favourite, a son of his beloved wife, he truly believes that he is better than everyone else. Still, in order to consolidate his position, he doesn’t shy away from badmouthing his brothers to their father. To make matters worse, while interpreting his dreams he openly expresses his conviction that it is his brothers’ fate to accept his superiority. Joseph’s brothers retaliate; initially they intend to kill him, later Reuben persuades them to throw Joseph into the pit. Unfortunately, when Reuben is temporarily not there to keep an eye on further developments in the conflict, Joseph is retrieved from the pit and sold to slavery.

Could this conflict have been handled more productively? Was there anything that Jacob’s sons could have done to prevent it?

I believe that both Joseph and his brothers could have deescalated their tension. Joseph could have understood that he should not openly state that his siblings, particularly the ones stemming from Jacob’s concubines, are inferior as it only strengthened their already existing sense of being second-class. Furthermore, Joseph shouldn’t have vilified them to Jacob. At the same time, Reuven should have tried harder to explain to his brothers that revenge can only bring further suffering and strife.

To me, the past few weeks leading up to the election felt mirrored by the dynamics of conflict between Joseph and his brothers. Party manifestos represented seemingly irreconcilable visions of Britain’s future, the media represented the opponents of their chosen political option as absolute villains, the language of the debate was deliberately polarising and antagonising. Now the dust of the election has settled, one party has decidedly won, the other has suffered a crushing defeat. Given the outcome of the election, it might seem that the Tories are victorious and Labour is in a political pit. However, I would argue that we as a society are all in the pit that we dug together with our sense of superiority, inability to engage in dialogue and seek compromise, and with our tendency to demonise each other. Our prime minister promised to lead a government that would heal this national divide. It is certainly laudable but it will not bring expected societal reconciliation until we are willing to change our ways and stop behaving like Joseph and his brothers. Now is the time to make an effort to talk and listen to others, regardless of their politics. We can only get out of our pit of national distrust and disgust together.