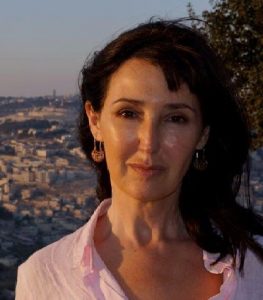 We are delighted to inform you that LBC faculty member, Professor Melissa Raphael will be giving an invited lecture, entitled ‘Harbingers of the Messianic: Hannah Arendt’s Conscious Pariah as a Modern Jewish Figuration of Redemptive Alterity’ at a conference in Vienna, 17 to 19 October.

The conference is intended to draw attention to Arendt’s Jewish-German background and the modern Jewish philosophical and cultural context of her early work.

This summer, she completed her book Religion, Feminism, and Idoloclasm: Being and Becoming in the Women’s Liberation Movement, which will be published in London and New York by Routledge in 2019.

Professor Raphael has recently written several new articles including ‘Nostalgia, Trauma and the Numinous: Twentieth-Century Jewish Readings of Rudolf Otto’s Das Heilige’, which will also be published in 2019 in a new edited collection of essays on Rudolf Otto.