VIA PASSIVA AND VIA ACTIVA THROUGH THE PRISM OF R. NAHMAN’S NIGUN 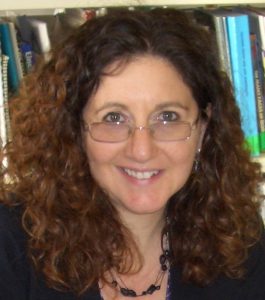 Myers presents her Doctoral Research on Hebrew Pedagogy which focused on the integration of Biblical and Modern Hebrew as a way to enhance the teaching and learning of Hebrew in Jewish day schools. She drew on research regarding second and foreign language acquisition and proposed that Modern Hebrew should be taught as a cultural language within its religious and historic framework. She argued that the integration of Biblical and Modern Hebrew would encourage educational change, a process which will require Jewish day schools to confront their belief systems as well as accepting new teaching approaches and materials. 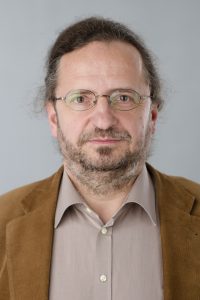 The talk aims to offer an introduction to the problem of political theology in the Hellenistic period and the early Roman Empire both from the Hellenized Jewish and the Christian perspective. In a broad overview, the talk aims to cover the understanding of the legitimacy of a polity and of rulership, from the Hellenistic analogical justification of monarchy to the Jewish and Christian view of Theocracy. The explicit and hidden aspects of the conflict with the surrounding Hellenistic civilisation require the need to clarify the meaning of such terms as the oecumene, monarchy, kingdom, empire, nationhood and the Biblical idea of the history of salvation, which ultimately explains the reasons for the separation of Synagogue and Church.

György Geréby is associate professor at the Medieval Studies Department of the CEU in Budapest. He specialises in the history of late antique and medieval philosophy and theology. György is presently Isaiah Berlin Visiting Lecturer at Corpus Christi College (Oxford). He was a Fulbright Lecturing Fellow at Rutgers University in 2003, and Keeley Visiting Fellow at Wadham College (Oxford) in 2013-14. His related publications include “Angels of the nations: Is national Christianity possible?” (forthcoming) and “Political Theology versus Theological Politics: Erik Peterson and Carl Schmitt” New German Critique 105 (2008): 7-33.

The paper explores how progressive traditions in Judaism have often been framed through European Enlightenment traditions of the rational moral self. Implicitly this is set in masculine terms that can be difficult to engage. Progressive Judaisms often take themselves to be ethical as well as rational while a younger generation question this legacy as they have re-evaluated the place of ritual and tradition. As we are more distanced from the Shoah, how will a post-Brexit Britain imagine its relationship to Jewish histories and traditions as counter-traditions to European modernities?

Victor Seidler is a professor of social theory in the department of sociology at Goldsmiths University of London. He also teaches Jewish philosophy and Jewish thought at Leo Baeck College, London. Victor’s latest book Making sense of Brexit: Democracy, Europe and Uncertain Futures was published in January 2018 by Policy Press.